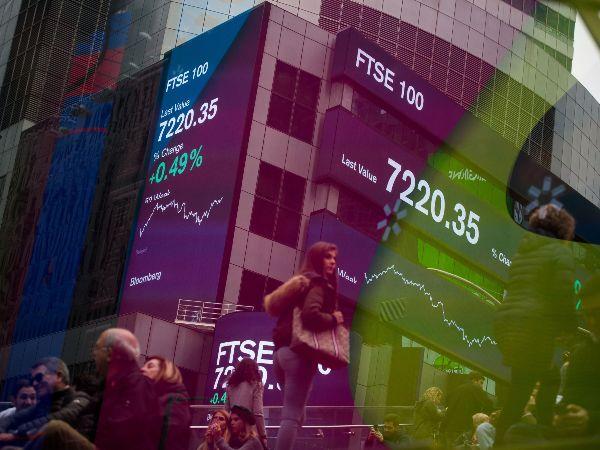 The FTSE 100 has been somewhat of a diamond in the rough so far this year, with the UK’s premier index up 1.4% year-to-date. Of course, it’s unlikely that index investors are popping champagne corks over the rise.

And plenty of the individual FTSE 100 stocks have further potential than the index average.

Chancellor Rishi Sunak’s ‘energy profits levy’ on North Sea oil and gas profits is expected to raise £5 billion towards the recent state interventions aimed at tackling the cost-of-living crisis. However, with the windfall tax now planned to last until either December 2025 or until ‘normal’ market conditions return, it’s far more aggressive than most expected.

North Sea-dependent Harbour Energy is likely to exit the index tomorrow after its share price tanked. And Shell has argued that ‘the levy creates uncertainty about the investment climate for North Sea oil and gas for the coming years.’

However, BP has taken a harder line. While CEO Bernard Looney had previously acknowledged that a short-term windfall tax would be unlikely to change BP’s investment plans, the company thinks the ‘multi-year proposal’ could force it to review North Sea exploration and development plans.

Meanwhile, after Shell agreed to sell its Russian petrol stations to Lukoil for an undisclosed sum, investors became hopeful BP could recoup some of the loss associated with the ongoing exit from its 19.75% stake in Rosneft.

However new Russian dividend regulations could eventually see the stake seized by Russia, with a BP spokesman stating only that ‘we’re monitoring the situation but have no further comment on this. We are continuing to pursue our exit from the Rosneft shareholding.’

Positively, Brent Crude is back up to $120 a barrel after the EU agreed a compromise deal to ban most Russian oil imports by the end of 2022.

Unilever’s share price rose by 6.7% today as it announced that activist investor and CEO of £5.9 billion Trian Fund Management Nelson Peltz is to become a board member.

The investor now controls 1.5% of the company and has previously taken board seats at Procter & Gamble, Heinz, and Mondelez during activist campaigns. CEO Alan Jope is now under even further pressure after years of poor returns worsened by the ill-fated £50 billion bid for GlaxoSmithKline’s consumer health products arm.

Peltz called Unilever ‘a company with significant potential, through leveraging its portfolio of strong consumer brands and its geographical footprint…we look forward to working collaboratively with management and the board to help drive Unilever’s strategy, operations, sustainability, and shareholder value for the benefit of all stakeholders.’

A push to break up Unilever’s vast operations to unlock imprisoned value could well be on the cards.

B&M’s share price is down 38% year-to-date, accelerated by the announcement that long-time CEO Simon Arora, who has led the company for the past 18 years, will be stepping down in 2023, as well as lacklustre full-year results.

The CEO said ‘’the retail industry is facing inflationary pressures whilst our customers are having to cope with a significant increase in the cost of living, making spending behaviour in the year ahead difficult to predict.’

However, he enthused that ‘we have seen before that during such times customers will increasingly seek out value for money, and B&M is ideally placed to serve those needs.’

A key headwind going into summer will be the supply chain crunch; many of the company’s products are manufactured in China which is still reeling from the outsized impact of the Omicron variant. Shanghai, the biggest port in the world, is only just beginning to reopen for business.

This leaves the value retailer with uncertain levels of both product supply and customer demand. Of course, there’s a chance both could swing in its favour.

Persimmon shares are now an interesting choice. While the UK housebuilding giant’s share price is down 25% year-to-date, its 10.8% dividend yield makes it one of the only FTSE 100 stocks outpacing the sky-high CPI inflation rate.

Moreover, excluding the pandemic era, it has a strong history of paying above-average dividends. And in 2021, new housing revenue rose by 10% to £3.5 billion, while underlying pre-tax profit increased to £973 million.

While it’s somewhat at the mercy of the cyclical housing market, the company holds £3.6 billion of net assets in reserve, which could give it the financial resilience to weather the potential storm. As interest rates inexorably rise, early warning signs of housing market correction are beginning to flash.

Zoopla head of research Grainne Gilmore warns ‘the time to sell – the time taken between listing a property and agreeing a sale – is starting to rise across most property types in most locations…this measure will continue to rise during the rest of the year as buyer demand levels start to fall.’

But according to ONS data, the average house price increased by 9.8%, or £24,000, over the year to March to £278,000. With demand strong for now, Persimmon’s current share price weakness could be a buying opportunity.

The British Airways and Vueling owner has pinned all hopes on a summer recovery. In May’s Q1 results CEO Luis Gallego enthused ‘demand is recovering strongly…we expect to be profitable from the second quarter onwards and for the full year.’ Further, he noted that ‘premium leisure continues to be the strongest performing segment.’

And after suffering another loss of €731 million, the FTSE 100 airline promised to ramp up capacity to 80% of pre-pandemic levels in Q2.

But with thousands of flights now cancelled, luggage missing, and queues stretching from Heathrow to Land’s End, half-term is becoming something of a PR disaster for the FTSE 100 company.

Former IAG CEO Willie Walsh, who is now director-general of the International Air Transport Association, has blamed the gridlock on delayed security clearances for new staff.

Walsh argues ‘you can’t start the training until you’ve got the security clearance. You offer them a job, they accept it, and then you have to go through this period of three months to get security clearance – they’re not gong to hang around. They’ll go and find a job somewhere else.’

However, Transport Secretary Grant Shapps has censured IAG and its competitors, saying ‘despite government warnings, operators seriously oversold flights and holidays relative to their capacity to deliver. This must not happen again and all efforts should be directed at there being no repeat of this over the summer.’

But while the majority of flights are departing as scheduled, UK airlines have cut 30,000 jobs since the pandemic began. With demand returning, these skilled staff are in all likelihood employed elsewhere by now. And IAG is now facing an uphill struggle to replace them in time for summer.