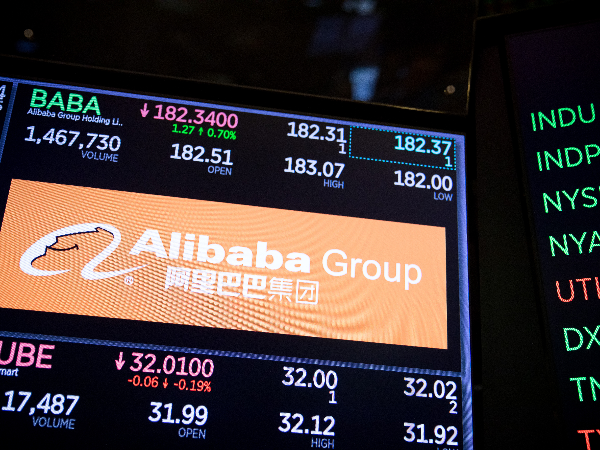 And reporting Q1 results tomorrow, the Chinese giant’s share price could have further to fall.

After years of growth, China could be in trouble. Retail sales fell by 11.1% in April compared to a year ago, industrial output was down 2.9%, and the unemployment rate in China’s 31 largest cities rose to a high of 6.7%.

The National Bureau of Statistics noted the ‘increasingly grim and complex international environment and greater shock of (the) Covid-19 pandemic at home obviously exceeded expectation, new downward pressure on the economy continued to grow.’

Nomura’s Ting Lu thinks ‘the unwinding of lockdowns has been extremely slow, due partly to the caution among local government officials…local lockdowns will still severely impact the production-end of the economy in May and (we) view a quick turnaround as all but impossible’

The impact of ‘zero-covid’ lockdowns, particularly in Shanghai, has been disastrous for the economy.

The investment case for US-listed Chinese technology stocks has been complicated by Chinese anti-monopoly restrictions on so-called platform stocks, in addition to SEC demands for greater financial oversight. With political tensions rising over the Russia-Ukraine war, regulatory risks have become ever more profound.

Alibaba itself was fined $2.8 billion in an anti-monopoly probe last year, while Didi’s regulatory penalties saw its share price collapse by 90%, or $60 billion, days after its NYSE IPO.

In March, JP Morgan called Chinese big tech stocks, including Alibaba,‘uninvestable’ for the next six to 12 months, which erased $200 billion from US and Asian markets.

However, Premier Li Keqiang has now encouraged China’s big tech companies to list on ‘domestic and overseas markets in accordance with laws and regulations,’ a week after Vice Premier Liu He advocated for them to be open to ‘the outside world.’ In addition, China had already paused some big tech regulations to help with the pandemic-related slowdown.

JP Morgan has now re-upgraded these stocks, with analyst Alex Yao arguing ‘significant uncertainties facing the sector should begin to abate on the back of recent regulatory announcements.’

But the risk of Chinese government interference at short notice remains high.

In a case of mistaken identity last month, investors thought that billionaire co-founder and former CEO Jack Ma had been placed under ‘compulsory measures’ on suspicion of ‘colluding with overseas anti-China hostile forces’ to ‘incite secession’ and ‘incite subversion of state power.’

Alibaba now has a price-to-earnings ratio of only 23, less than half that of Amazon. And while its larger competitor could be moving towards a consolidation stage under its new CEO, Alibaba is planning for more growth.

But the company has increased its share buyback program by $10 billion to $25 billion. It had already bought back 56.2 million shares worth $9.2 billion, based on CFO Toby Xu’s belief that ‘Alibaba’s stock price does not fairly reflect the company’s value given our robust financial health and expansion plan.’

Baird analyst Colin Sebastian notes ‘this was a very deliberate sign from the company they believe their stock is inexpensive.’ However, he also thinks while ‘there is some optimism that the operating environment for Internet companies in China may be normalizing… we think management’s tone could remain cautious with respect to near-term growth and margins.’

Reuters reports that Alibaba is now seeking further European growth through its Singaporean Lazada offshoot to offset ‘sluggish demand at home.’ However, it only controlled 4% of Europe’s market share in 2021 and will be competing against multiple entrenched rivals, including Amazon which controls five times as much.

It will have to invest heavily to have a hope of competing, while simultaneously dealing with weakened growth at home.

Alibaba reports Q1 results on 26 May.