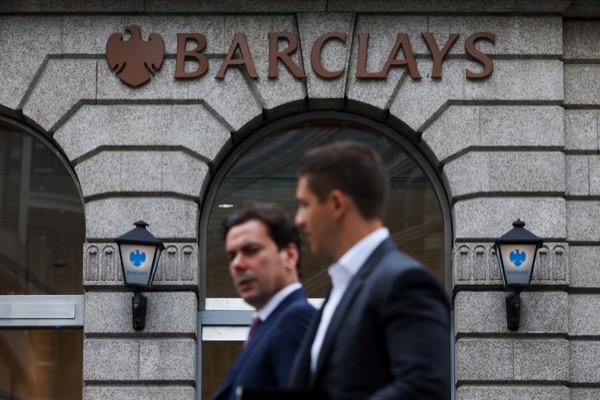 Barclays (LON: BARC) shares are having a far worse year than their fellows in the FTSE 100 — Lloyds, HSBC, and NatWest. And as the headwinds accumulate, further falls could be imminent.

Barclays’ 2021 full-year profit of £6.38 billion was almost four times higher than the £1.53 billion it made in 2020 at the height of the covid-19 pandemic. And with coronavirus’s grip on the global economy waning, former CEO Jes Staley had enthused that ‘tremendous pent-up demand’ would launch a robust economic recovery for Barclays in 2022.

However, the FTSE 100 bank has committed a self-imposed regulatory blunder, which saw it sell $15.2 billion more structured notes than it was entitled to under its SEC shelf registration. It’s now being forced to buy back the oversold notes at their original price, incurring a £450 million loss after tax.

With one top shareholder selling $1.2 billion of Barclays shares and its £1 billion share buyback postponed to Q2, CEO C.S. Venkatakrishnan will likely attempt to draw a line under the blunder. But Barclays’s woes are far from over.

Russia’s invasion of Ukraine has seen energy and commodity prices spiral to multi-year highs. Meanwhile, China’s rigid enforcement of its ‘zero-covid’ strategy has seen tens of millions return to lockdown, including in the world’s busiest, Shanghai. And Beijing could be next.

JP Morgan CEO Jamie Dimon believes recession is ‘absolutely’ a possibility, as the impact of decades-high inflation and geopolitical issues continue to cause economic shocks. According to the Office for National Statistics, 90% of UK households have reported an increase in the cost of living this year, and 25% are struggling to pay bills.

Moreover, Barclays is now taking the rising cost of living into account when deciding how much to offer mortgage borrowers. Tightened lending criteria will see the bank lose out on highly profitable lending, as house prices escalate to record highs amid rising interest rates.

Further, the bank released billions of pounds of loan loss provisions in 2021, believing the high risk of mass defaults was over. But now both Barclays and its competitors are shoring up this defence. Barclays alone is expected to put up to £299 million aside for bad debt, up from £55 million a year ago.

Profits could also be dampened by the collapse of the investment banking boom. According to the London Stock Exchange, 2021 was ‘a year of opportunity,’ with over 120 London IPOs generating £16.8 billion. This was its strongest year since 2007, ominously just before the financial crash.

And it’s a similar story across the pond. Stateside peers JP Morgan, Goldman Sachs, Morgan Stanley and Citi have all seen Q1 profits nearly halve in Q1 as a result.

Q1 results are also an opportunity for Barclays to address investor concerns over management pay.

Venkatakrishnan’s fixed pay was set by the bank’s remuneration committee at £2.7 million, 12.5% higher than previous CEO Jes Staley. In addition, Venkat is eligible for a long-term incentive plan worth up to 140% of his salary, around £3.8 million.

Governance advisor Glass Lewis is ‘unable to support this proposal at this time given the newly appointed chief executive’s fixed pay level on appointment.’ It’s also questioned why his salary is benchmarked against US peers, saying this ‘could result in excessive total remuneration opportunity, beyond what we consider to be appropriate for a FTSE-listed bank.’

However, Barclays countered in its remuneration report that Venkat’s current pay is still ‘a reduction from that for his previous role as head of global markets and co-president of Barclays Bank plc.’

Meanwhile, the £5 million 2021 pay packet of departing CFO Tushar Morzaria is at risk, with some investors demanding a clawback in wake of the structured notes error.

With Jes Staley’s departure mired by his relationship with the late Jeffrey Epstein, and profits set to fall, investor pushback against excessive management pay seems likely.