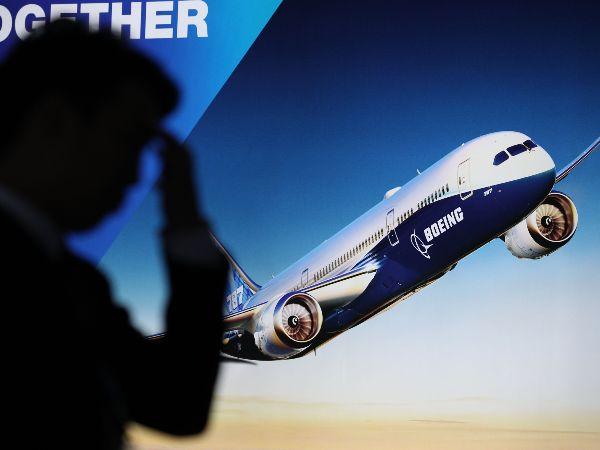 Boeing shares fell by 9.5% from $188 on Monday to $170 on Wednesday, after one of its most reliable planes crashed. After closing the week back at $188, where next for the American giant?

Arun Kumar, chief of India’s Directorate General of Civil Association, said ‘flight safety is serious business, and we are closely studying the situation…in the interim, we are focusing on enhanced surveillance of our 737 fleet.’

Meanwhile, a spokesperson for the European Union Aviation Safety Agency warned ‘we will be monitoring findings from the investigation closely and take any safety actions required.’

Boeing’s reputation was already suffering from two crashes of its 737 MAX aircrafts which claimed 346 lives back in 2019. Cowen analyst Cai von Rumohr now believes ‘consumers may not want to fly on a 737 until the cause of the China Eastern crash is determined not to be a design or manufacturing issue.’

The 737 MAX was grounded for two years across most of the world, and China was the last major region to refuse to see the model back in the skies. And as the 737-800NG is the older version of the 737 MAX, this new crash could be disastrous for Boeing’s Chinese operations.

The company had previously upped its forecast for Chinese aircraft demand to 8,700 new planes by 2040. And David Yu, Professor of Finance at New York University Shanghai, believes ‘China delivery is significant to the success of the MAX for Boeing… the biggest remaining customer in the region is China. They are definitely watching this very carefully.’

Boeing’s prospects in the country were already faltering. Tens of millions of people are back in lockdown, as the country strains the logistical limits of its ‘dynamic zero’ pandemic strategy. And renewed political tensions with the US over the Russia-Ukraine war are testing regulatory issues for western companies operating in the communist state.

The first of the plane’s black boxes, the cockpit voice recorder, was found on Wednesday and is being examined in Beijing. Boeing CEO David Calhoun has ‘offered the full support of our technical experts to the investigation led by the Civil Aviation Administration of China.’

The CEO will be on tenterhooks, as its future in China could depend on the results.

In full-year results, Boeing’s revenue rose 7% year-over-year to $62.3 billion, but it suffered a $5 billion loss.

However, just five years ago, revenue stood at $94 billion and pre-tax profit at $10 billion in 2017. And as the pandemic recedes, the anticipated summer travel boom is beginning to look more likely, with Heathrow hiring 12,000 staff to cope.

And with Russia announcing a less ambitious change of strategy, the possibility of a peace deal with Ukraine is increasing.

Boeing’s defence division could also boom in 2022. The war has shaken the western world’s complacency, with BlackRock’s Larry Fink arguing it has ‘put an end to the globalisation we have experienced over the last three decades.’

Germany is raising its defence spending to above 2% of GDP, a commitment sought-after by the US. The efficacy of NATO firepower, some of it Boeing’s, has helped hold back Russian forces for more than a month now. And the Presidential ‘’Doomsday’ 747 has hit headlines across Europe.

Accordingly, it’s no longer buying the metal from Russia, even though it’s not yet covered by sanctions. But Airbus still relies on Russia for between 50% and 65% of its titanium, leaving it exposed to any new wave of sanctions.

Bernstein, the world’s foremost aerospace analyst, had forecasted Boeing’s revenue would surge by 34% in 2022 to $83 billion, with a target of $259 on the stock. Since the crash, this has been reduced to $259.

Boeing shares may have recovered this week, but further gains may take longer. And with many moving parts, its direction of travel remains difficult to ascertain.