A rapid recovery in demand after the end of the pandemic lockdown and a spike in energy prices fueled by the Russia-Ukraine conflict has boosted profits for energy companies after two years of slumps.

Against a backdrop of tight oil and gas supply, rising demand and soaring costs for the energy industry, major oilfield services and infrastructure companies are announcing their Q2 earnings. Top energy companies are expected to issue billions of returns to shareholders when they announce their earnings, lifted by incredible refining margins and high oil & gas prices.

Stocks and oil prices rose sharply at the start of last week following news that Saudi Arabia had no plans to increase its oil output beyond its OPEC+ quota. Meanwhile, at the beginning of this week, oil prices looked more neutral. USOil is trading at around $95.00/barrel, amid the 200-day EMA in Tuesday’s trading (26/07). The asset has formed strong support around March and April lows.

Oil futures prices changed course and fell in July, after the United States disclosed that it would sell additional 20 million barrels of oil from the Strategic Reserve, easing global supply concerns. Meanwhile, the European Union announced that it would seek to reduce natural gas consumption by 15% from the beginning of August 2022 to the end of March 2023.Some more surprise earnings from energy companies are expected this week, after seeing growth from earnings reports from similar companies last week.

Oilfield service provider Schlumberger Limited reported their earnings on Friday last week. Revenue in Q2 2022 jumped 20% on an annual basis to $6.8 billion. Its diluted earnings per share jumped 123% y/y to $0.67, while net income hit $959 million, a 122% jump compared to the same period in 2021.

The company reported that it has revised its full-year revenue outlook to $27 billion to gain momentum as upstream activity and service prices continue to increase both internationally and in North America. Shares of Schlumberger jumped 2.5% in Friday’s pre-market trade, but held at a barrier level. The stock price is still holding below the 200 EMA and the support level which has become the resistance at around 36.67. In trading on Tuesday (26/07) it weakened by -3.7% and traded at a price range of 35.36.

Natural gas exploration and production company Range Resources, based in Fort Worth, Texas, also reported their revenue data on Monday (25/07). Q2 2022 earnings topped market expectations, with Range Resources announcing earnings per share of $1.27 on revenue of $1.22 billion. On Wednesday (20/07) North America’s largest energy infrastructure company, Kinder Morgan, also reported their Q2 2022 earnings data, which topped market expectations with EPS of $0.27 and revenue of $5.15 billion. Meanwhile, energy technology company Baker Hughes reported a net loss of $839 million, or 84 cents per share, much worse than a year earlier when the net loss was $68 million. The company’s revenue fell to $5.05 billion, below analyst estimates of $5.34 billion. The drop in revenue is strongly suspected to be caused by component shortages, supply chain inflation and the cancellation of Russian operations.

Of course there are still many energy companies due to report their earnings data, including the big ones, Exxon Mobil and Chevron, this Friday (29/07).

According to John Butters, Vice President and Senior Revenue Analyst at FactSet, Exxon Mobil and Chevron are the largest contributors to revenue growth and earnings growth in the S&P 500 with greater international revenue exposure. Exxon Mobil generates 62% of gross revenue/revenue outside the United States, while Chevron generates 56%.

Exxon Mobil’s cash flow is likely to increase significantly and allow for accelerated repurchases, with plans to buy nearly $28 billion by 2023 and cash flow to more than cover its quarterly dividend payments. The US supermajors Exxon and Chevron could refrain from further upward targets on share repurchases after recently revising up their buyback plans. This would allow it to end the year in a net cash position, and the improved cash flow could allow it to improve its balance sheet and return amounts to shareholders.

According to Zacks, based on 9 analyst forecasts, the consensus EPS forecast for the quarter is $4.95. The reported EPS for the same quarter last year was $1.71. Chevron has missed 2 quarters, which is surprising given how bullish the energy complex is in 2022. But Chevron is still ranked  #2 (Buy) by Zacks as revenue forecasts continue to rise. The stock is up 23% YTD, although it’s down 10% in the last 3 months. According to Zacks, Chevron’s stock price is still measurably cheap with a forward P/E of only 8. Chevron also pays an attractive dividend, earning 3.9%.

The oil and gas sector is likely to shine in this earnings season, as soaring prices, driven by tight supply and refining capacity, help make big profits.

Several sources also provide Chevron stock price forecasts for the future, including from: 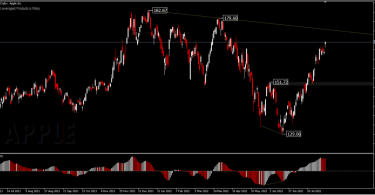 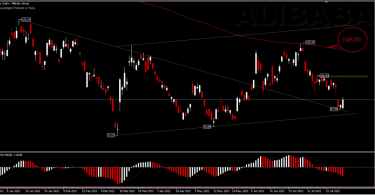 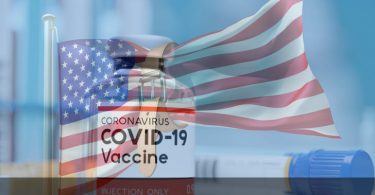