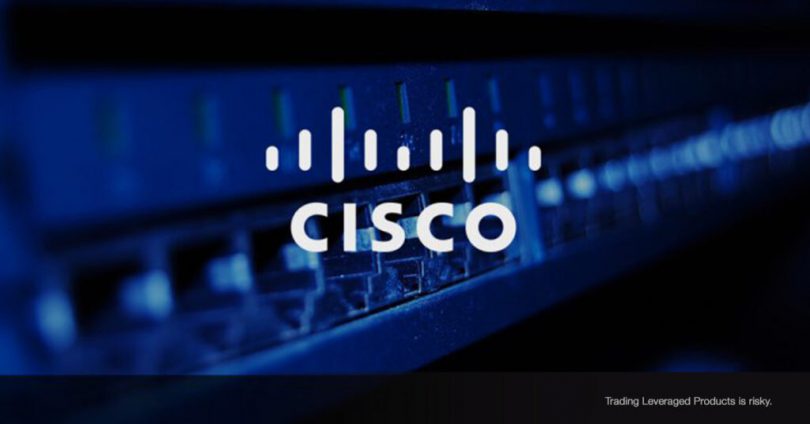 Cisco Systems, Inc ($CSCO), one of the world’s leading information technology companies,  designs, manufactures, and sells networking hardware and software based on internet protocol as well as telecommunications equipment and other technological services. Headquartered in San Jose, California, the biggest internet hardware and software company carries about 85% of internet traffic, has a market capitalization of $237.40 billion and operates in more than 115 countries around the world with a gigantic workforce of over 75,000 workers.

Cisco Systems, Inc, which is commonly referred to as the backbone of the internet, is expected to release its financial report for the second quarter of 2022 on Wednesday February 16 after market close.

Looking back at Q1, the company’s earnings result showed an EPS of $0.82, beating market consensus estimates of $0.80 EPS, but printed only $12.90 billion in revenue, failing to live up to the $12.98 billion estimate. Supply constraints was a major challenge for the company according to CEO Chuck Robbins, as the company faced supply shortages and significantly higher logistics costs. Although Finance Chief Scott Herren expects the positive effect of raising prices to offset the impact of the supply constraint, it may only become evident in the later part of the year.

The stock holds a #2 Buy rank on Zack’s ranking despite seeing a -0.22% ESP (Expected Surprise Prediction) which shows that analysts have recently revised their estimates lower.

Despite the challenging supply landscape, the company recorded robust growth and strong demand in Q1 and remains confident in another strong full year of growth following a successful 2021 where they recorded $49.8 billion in revenue. The supply constraint in question is not a problem peculiar to Cisco Systems but the entire technology industry and the world at large, and with the company expecting the effect of raising prices to offset some of the supply strain, a miss in the report should not have a lasting effect on the share price barring any further gloomy outlook from the company, although one has to keep the entire equity space in focus too.

On the positive side, Cisco Systems have beat yearly earnings estimates every year since 2016, growing bigger with each year (the current year estimate sits at $3.42) and have beat quarterly earnings estimates every quarter since Q1, 2019, which highlights the company’s good track record with market earnings expectations. The strong demand for the company’s Catalyst 9000 computer network switches and higher campus networking demand as well as an increased need for improved security and mobility solutions for companies still working from home – which SecureX and Webex provide – adds to the positives for Cisco Systems while companies that are set to return to their offices also have a need for Cisco Systems in terms of increased corporate spending on data network.

After rising about 41% towards $64.00 in 2021, #Cisco has fallen about 13% so far this year alongside the entire tech space with the tech-heavy US100 (NASDAQ) also down around 11% so far this year. This has been on the back of expectation for faster FED rate hikes as well as geopolitical tensions in Europe. The share price has since settled around the $55 support level, failing to break the key level which tracks back to June 2021. Although still below the 100 and 200 simple daily moving averages, price is converging at the tip of a symmetric triangle and a breakout is imminent with the earnings report a close catalyst. The MACD still holds a bearish bias while the Relative Strength Index trades close to oversold territory. A miss in the earnings and revenue result as well as a weak outlook from the company could be the catalyst to see the share price clear the floor it found around $55 and head towards the next support at $53 while a strong beat could see a lift off from $55 towards $57.50.

As an Economics graduate, Heritage has a natural interest in how the economy works and more importantly how it relates to finance; he has pursued this interest by exploring the financial markets, seeking knowledge and earning the Capital Markets and Securities Analyst designation (CMSA) from the Corporate Finance Institute in Canada. He is also certified in the CFA’s Investment Foundation Program amongst other certifications in the Financial Markets industry. As a Market Analyst, Heritage uses inter-market analysis and market sentiment to approach the market and is dedicated to sharing his knowledge with other traders through trainings and delivering daily market analysis. He believes that patience, consistency and proper risk management are keys to successful trading.