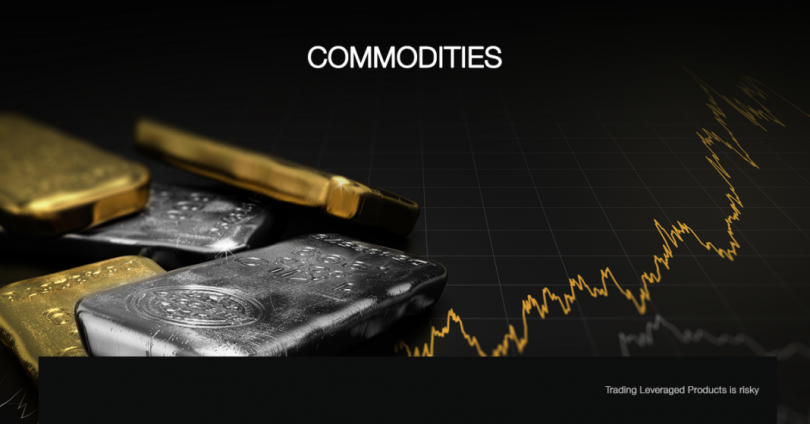 Oil prices remain supported in tight markets, and while European gas prices corrected last week, Russia’s decision to cut supplies to Finland highlights the ongoing risk of a wider stoppage of Russian gas deliveries to the EU. Gold meanwhile has found a footing and bullion finally ended the run of weekly losses, while the risk of a global food crisis is looking increasingly real.

Oil prices are a little firmer, and remain supported in tight markets. USOIL has edged marginally higher to $111, though it is about the middle of the narrow $111.94 to $109.51 range. There remains something of a tug-of-war between expectations for a rather resilient US economy this year, versus China’s ongoing covid problems and uncertainties over the EU’s policies with Russian imports.

On the supportive side, the PBoC’s rate cut last week has provided some underpinning to oil, as well expectations for Shanghai to reopen on June 1. Also, US gasoline and diesel prices remain at or near record highs and the arrival of the peak driving season in the U.S. and Europe is likely to keep markets tight and prices high. The IEA’s Fatih Birol told Bloomberg that oil prices could rise further and called on oil producers to act responsibly to help contain prices. And he warned “we may see prices even going higher, being much more volatile and becoming a major risk for recession for the global economy,” adding that “If Europe reduces oil imports from Russia, it will not be easy for the global oil markets.”

The EU has so far failed to agree on a ban of Russian oil imports though, largely thanks to resistance for Hungary’s Orban, who continues to demand wide ranging exceptions. Meanwhile the former head of Russia’s second biggest oil group told the FT that a ban on Russia’s “impossible to replace” crude would be the “most negative scenario” for all parties and a “shock for everyone”. Despite resistance from Hungary, most EU leaders remain committed to join the ban of Russian oil imports, but for now the failure to reach an agreement is capping the upside for oil. Meanwhile there were reports today that the White House is weighing an emergency release of diesel from a rarely used stockpile to ease the tightness in supplies.

European gas prices have dropped more than -10% over the past week, and U.S. prices are also slightly down compared to last Monday, despite the fact that Russia added Finland to the list of European countries that that will have to live without Russian supplies. Flows on the main pipeline were halted early on Saturday, according to Finnish importer Gasum Oy, although the state owned energy firm also said in a statement that it had carefully prepared for this situation and that “provided that there will be no disruptions in the gas transmission network, we will be able to supply all our customers with gas in the coming months”. Supplies to Finland continue via the Balticconnector pipeline from Estonia, and Finland’s gas imports from Russia account for a small share of the country’s energy imports. For now the move is mainly just signalling, but as the dispute over payment modalities is not over yet, and if Russia cuts off Germany or the whole of the EU, the economic implications near-term would be considerable.

Gold finally ended its run of weekly losses last week and managed to rise 1.9%. Gold remains supported today and bullion is up on yesterday’s close as risk aversion picks up,  at $1862.77, breaking teh 20- and 200-day SMA . Key remains the 1870 handle (38.2% Fib. level) Gold has regained some of its safe haven status as concern that aggressive Fed action will undermine the US recovery seems to have dented the dollar’s haven status and yen and gold seems to be back in favor as a hedge against growth risks.

Agricultural commodity prices meanwhile mostly remain sharply higher than a year ago, as concern deepens that the fallout from the Ukraine war and sanctions on Russia will trigger a world food crisis. The drought in India is not helping of course, and wheat prices in particular have pushed higher, prompting BoE head Bailey to warn of an “apocalyptic” rise in food prices. The World Bank meanwhile announced a $30 bln action plan to finance a “global response to the ongoing food security crisis” last week. World Bank Group President David Malpass said that “to inform and stabilize markets, it is critical that countries make clear statements now of future output increases in response to Russia’s invasion of Ukraine. Countries should make concerted efforts to increase the supply of energy and fertilizer, help farmers increase plantings and crop yields, and remove policies that block exports and imports, divert food to biofuel, or encourage unnecessary storage.”