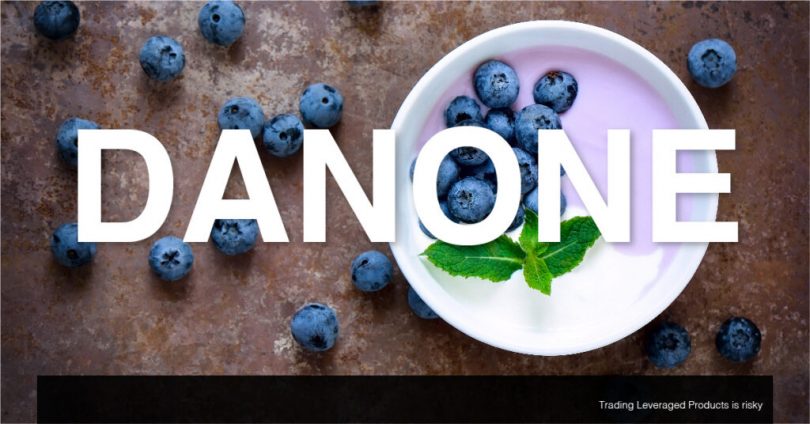 The United States is going through its worst baby formula shortage in decades. Besides the general supply chain issues, the shutdown of the manufacturing plant of the biggest supplier in the country, Abbott Laboratories, (the company also recalled several brands of powdered formula) following reports of infant bacterial infection has worsened the situation. According to Datasembly, the average out-of-stock rate for baby milk formula in April was 43%.

Clearly, restarting production of Abbott Laboratories is not an effective solution. To further alleviate the problem, the US government is considering increasing baby formula imports. Such action may benefit Danone, which is based in Ireland, as the EU has become the largest supplier and exporter of infant formula of the past few years, with  European formulas topping the ranking possibly due to the perception that they are of higher quality and safer to consume due to stricter regulation.

Fig.2: Sales of Danone Worldwide in 2021, by Division. Source: Statista.

Fundamentally, Danone leads the market in both dairy and plant-based product categories. It also operates other businesses in waters, infant and adult nutrition. In addition, it had a strong finish to FY 2021, with net sales up approximately 3%, at  €24,281m. It returned profitable growth in the latter half of the year following its ability to reduce its recurring operating margin by 0.3% (y/y). Although recurring EPS was down -1.1% compared to the same period in the previous year, the overall financial condition of the company remains healthy with €2.5b free cash-flow, up more than 20% (y/y).

The company continued to deliver satisfactory Q1/2022 results in April. Net sales were up +7.1% on a like-for-like (LFL) basis to €6236m, benefiting from positive forex impact and organic contribution of hyperinflation geographies to growth. By region, sales were the most in China, North Asia and Oceania, at +15.3%. The management also remains positive in its guidance for FY 2022, with sales growth targeted between +3% to +5%, and recurring operating income over sales ratio above 12%.

Technically, the weekly chart shows that the #Danone share price remains range bound, within the lower level €46.4658 and the upper level €65.2900. It has rebounded for the second time from the lower level since early January this year. If the bullish momentum persists, #Danone may extend higher and complete the W-shape pattern, with the upper level €65.2900 serving as an important neckline (resistance) in the longer time frame.

On the other hand, the daily chart shows that the #Danone share price remains supported above €53.65, the 100-day SMA and the lower line of the ascending channel. Together they form a strong confluence zone. As long as the company’s share price remains above this confluence zone, there is possibility for the buyers to push the price higher towards testing the next resistance at€55.88 (or FR 50.0% extended from the upper level and lower level of the Weekly range), followed by €58.10 (FR 61.8%) and€61.26 (FR 78.6%).Otherwise, if the price breaks the said support zone, the next levels to watch are €50.91 (FR 23.6%), the low point of the first retrace within the channel €49.45, and the lower level of the range at €46.4658.