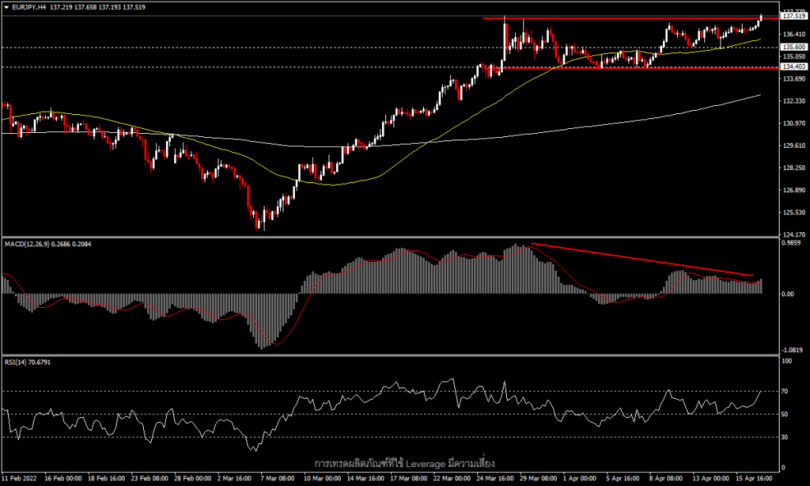 The Euro and Yen are the two of the weakest currencies at the moment against all major currencies due to the slow movements of the central banks of both countries amid concerns about continued rising inflation, but also because economic growth is still fraught with obstacles, especially problems in supply chains that continue to be affected by the coronavirus outbreak and the ongoing war in Ukraine.

The BoJ’s March meeting held interest rates unchanged at -0.1% and held its 10-year bond yield target at 0% (now at 0.24%). The ECB will end QE in Q3 and begin raising interest rates thereafter.

Both the Euro and Yen are under pressure as the FED drives the global rate hike cycle, the ECB remains somewhat reluctant and the BOJ remains outright accommodative. EURUSD is at at two-year low trading at 1.0780 today and the USDJPY is over 128.20 and a new 20-year high on the back of central bank policy and wide yield differentials.

In the technical view, the EURJPY pair has retraced with a square pattern in the frame of 134.40-137.40 throughout the month of April so far. A break out of this frame would see next resistance at the Fibo 161.8 level at the 139.20 zone. Conversely, if the price swings back down again there will be a first support at 135.60 and a key support in the lower band at 134.40. Overall, the trend is still biased towards the uptrend, even though the RSI is entering the overbought zone.