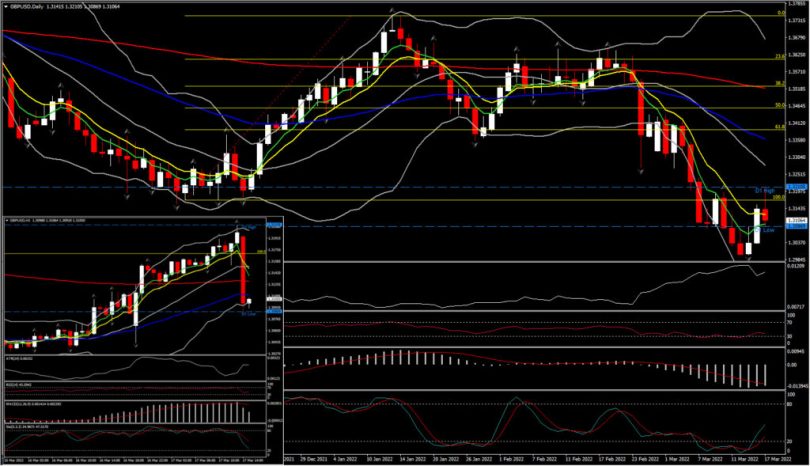 BoE flags possible review of guidance with next set of forecasts. The BoE did the expected and hiked the Bank Rate by another 25 bps to 0.75% while repeating that further modest tightening is likely to be necessary in the coming months. At the same time though, the discussion flagged the double-edged sword of sharply higher energy prices, which will squeeze income and thus could actually lead to lower inflation further out, if and when a resulting reduction in consumption and demand hurts growth. Clearly much will depend not just on the Ukraine war, but also wage growth and fiscal policies. One member already argued against a move today, and while the majority disagreed, the wording of the statement suggests that the next set of forecasts could bring a change in guidance – depending on developments. Uncertainties clearly have risen on many fronts and like the ECB, the BoE is hedging its bets, although the current correction in yields seems somewhat overdone.

Gilts have rallied on the BoE statement. It seems markets are adjusting their rate hike expectations on the back of the statement, with yields down more than 6 bps across the curve from 2 to 10 year rates. Sterling not surprisingly suffered in this environment.

GBPUSD fell from 1.3210 to 1.3086 following the as-expected BoE 25 basis point rate hike. The move lower appeared to be a case of sell the fact, as the Pound had been bid up ahead of the hike since Tuesday. Overall, Cable has been holding in a negative outlook since May 2021, from 1.4244 highs, while it has posted three consecutive weekly declines in March. Significant is the fact that it is now traded around the mid of the 6-year range (1.1900-1.4390). A confirmed extension southwards of that level at the end of the week could signal the continuation of a long term negative outlook for the asset.

In the meantime, the 38.2% Fib. retracement level from the latest downleg seen since February represents the immediate Resistance level, at 1.3250. However only a breach and break of the 1.3300 level could turn the daily outlook into a positive one. On the contrary, a pullback to the week’s low at 1.3000 could significantly increase the selling pressure and it could retest the 1.2860 October 2020 support and 50% Fib from the March 2020-2021 upleg, which provides strong support, though sell-stops are reported parked under the figure. A break there would bring the 2020 lows into view.