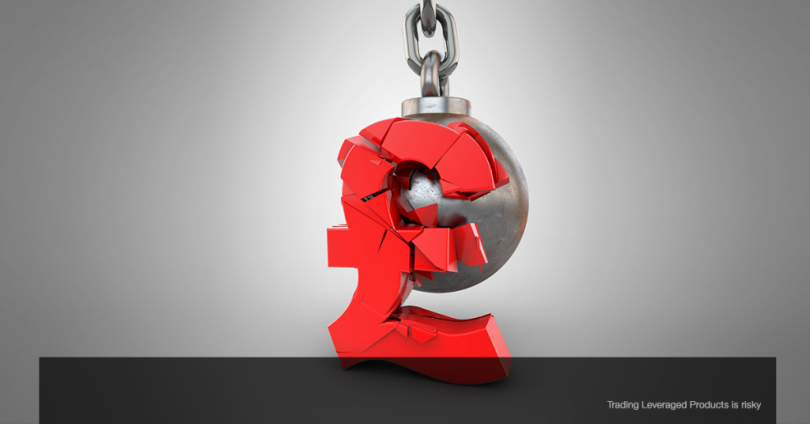 We saw another dovish rate hike from the BoE, as the central bank delivered a strong stagflation warning alongside a quarter point lift to Bank Rate, which now stands at 1.00%. The BoE’s projections implied that market pricing had been too aggressive on future rate hikes, which saw Gilts rallying in the wake of the statement, despite the bank’s announcement that it will now consider starting to sell its bond holdings. ECB members, which seem at loggerheads over the timing of the first rate hike, may take note, as Fed and BoE moves this week are a showcase on how to deliver “dovish hikes”.

The BoE hiked Bank Rate by a quarter point to 1.00% – as widely expected, as pretty much flagged at the last meeting. The decision brings the policy rate to the highest since 2009, although the 6-3 vote and warnings of a sharp slowdown in growth and a contraction in activity for most of next year highlights that there is now more caution on the policy outlook. Indeed, while the statement states that “most members of the Committee judge that some degree of further tightening in monetary policy may still be appropriate in coming months”, it added that “there are risks on both sides of that judgement and the range of views among these members on the balance of risks”. Nevertheless, with the policy rate now at 1% the Committee will still consider beginning the process of selling U.K. government bonds held in the Asset Purchase Facility.

The fourth consecutive hike from the BoE came against the background of higher-than-expected growth at the start of the year and a further tightening in labour markets, which left the risk of second round inflation effects on the table. Business confidence indicators have remained robust and continue to signal strong growth momentum, while consumer confidence has already been hit by the cost of living crisis. On balance the majority of Committee members didn’t expect the pain inflicted on households to slow consumption and demand sufficiently to bring inflation sustainably back to target down the line. The majority still saw the need for another rate hike today.

However, the case for additional tightening all but evaporated and the new projections suggest that market expectations for the rate path are much too pessimistic. Indeed, while UK inflation is set to peak above 10% later in the year, the policy report suggests that tightening in line with market pricing would leave inflation well below the BoE’s target. Market expectations had priced in a succession of hikes to bring Bank Rate to 2.5% by the middle of next year.  While statement still suggests that most MPC members agree that “some degree of further tightening in monetary policy might still be appropriate in the coming months”, it is pretty clear that in the central scenario there won’t be as much tightening as the 150 basis points that markets had expected.

The central bank’s new projections warn that the economy is now expected to shrink for most of next year, with a technical recession on the horizon, as “sharp rises in global energy prices” are hitting household income and companies’ profit margins. The BoE now expects the economy to be around 2% smaller than was anticipated back in February, and inflation is estimated to peak just over 10% in the final months of this year. This would be the highest inflation rate since the early 1980s. Against that background, the labour market is expected to suffer next year, with joblessness anticipated to rise in every quarter until 2025 and the ILO unemployment rate to peak around 5.5%.

The policy report said “Conditioned on the rising market-implied path for Bank Rate and the MPC’s current forecasting convention for future energy prices, CPI inflation was projected to fall to a little above the 2% target in two years’ time, largely reflecting the waning influence of external factors, and to 1.3% in three years, well below the target and mainly reflecting weaker domestic pressures. The risks to the inflation projection were judged to be skewed to the upside at these points, given the risks of more persistent strength in nominal wage growth and domestic price setting than had been assumed.”

In projections conditioned on the alternative assumption of constant interest rates at 1%, CPI inflation was expected to be 2.9% and 2.2% in two and three years’ time respectively.” That would be a tad higher than target, but much closer than the outcome under the market implied path. While market rates declined, many consumers still face higher bills on top of the spike in the cost of living that has been hitting confidence already. Indeed, BoE’s Bailey said the peak in U.K. inflation is likely to be later than in other economies. While he also suggested that when CPI inflation starts to fall it will decline rapidly, though that won’t help consumers now. Bailey said the BoE recognises the hardship facing many in the UK, but again that won’t mean much to those already feeling the squeeze.

It will increase the pressure on the government though to address the problem, and for Boris Johnson, who is facing tough local elections today, the BoE’s move couldn’t have come at a worse time. The IMF already put the UK’s growth forecast at the bottom of the G7 economies, and we suspect that even if steady rates still show inflation slightly above target at the end of the forecast period, the bank will take a pause now. Fine tuning via a careful and gradual reduction of bond holdings will likely be sufficient at this point and pressure not to squeeze household income further and endanger the housing market will likely mean caution on additional hikes.