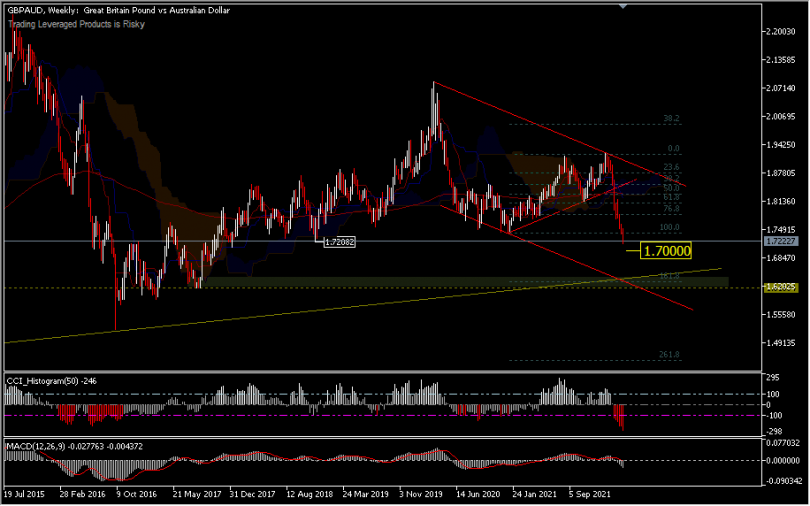 The BoE is expected to raise interest rates in the second quarter of 2022, as Britain’s central bank tries to stem surging price pressures. The BoE raised its Bank Rate to 0.75% from 0.1% at the end of 2021 and money markets are currently forecasting an additional 125 basis point hike in interest rates this year. The latest BoE monetary policy releases show that the UK central bank expects headline inflation to top 8% in the coming months, citing high energy and food prices as the main drivers of the move.

The latest Office for National Statistics (ONS) inflation release showed headline inflation hit 6.2% in February, a fresh 30-year high, while core inflation rose to 5.2% from 4.4% in January. And even higher inflation rates are expected in Q2 this year. The UK’s central bank recently pushed back on these market expectations, concerned that a series of gains could hamper growth in the months ahead. UK growth is now back above pre-covid levels and looks strong, despite concerns that the Ukraine crisis and Russian sanctions will lead to further supply chain disruptions.

The GBPAUD exchange rate fell to four-year lows at the start of the new week and could risk slipping further towards 1.7000 over the coming days, after the Reserve Bank of Australia indicated in its April monetary policy statement that interest rates could still meet market expectations for a hike at the end of the year. The RBA noted that Australian inflation and wage growth had been picking up steadily in recent months, which was marked as a precondition for a hike in Australia’s benchmark interest rate. The RBA has made small steps to become less dovish in recent months, and the tone of today’s policy statement has added to the market perception that the RBA may raise interest rates in the not too distant future. Central banks of advanced economies are gradually withdrawing support for pandemic-era monetary policy, due to the sharp increase in inflation which far exceeds the targeted level in most cases, and the risk that it could remain above the target for a long time.

While financial markets have largely priced in the anticipated rate hike cycle that is likely to be seen in Australia, any reversal of the market’s large short positions would be an upside risk for the Australian Dollar and a potential source of continued pressure on the GBPAUD for some time to come.

GBPAUD,D1 This cross is very vulnerable to a move to the downside, as long as commodity prices remain hot. Technically the bearish support is still very dominant, having surpassed several important support levels. Currently, GBPAUD is leveling its 4-year low of 1.7208 formed in December 2018. Meanwhile, the latest price has broken down to 1.7133. A daily close below 1.7208 has the potential to bring a move to test the 1.7000 psychological round figure mark. Even in the long term, if the conflict conditions in eastern Europe that sent commodity prices to a peak have not subsided, the Australian Dollar will still benefit. However, if the pair holds in consolidation around 1.7200 the minor correction ripple could also test the immediate resistance around 1.7619 or at 1.7731.

Broadly speaking, bear dominance remains with the upper hand and there is no indication of a trend change or correction wave yet.