The Sterling fell soon after the release of UK inflation data which was largely in line with expectations, but some key elements of the report were softer and this could ultimately prove to be supportive of the currency. GBPUSD is trading at around 1.2250 at the time of writing. The annual inflation rate in the UK increased to 9.1% y/y in May 2022 from 9% y/y in the previous month, the highest since 1982. On a monthly basis, consumer prices rose 0.7% m/m, above expectations of 0.6% m/m, with the main upward pressure coming from food and non-food prices.

Core CPI grew 5.9% y/y in May, below market expectations of 6% and below the 6.2% in April. The core month-on-month reading came in at 0.5% m/m down from 0.7% previously and consensus expectations for 0.7%. The data is likely to prompt the BOE to raise rates soon, with the option for a 25 bps rate hike at its next meeting in August rather than upping the stakes with a 50 bps hike. The GBPUSD pair remains under pressure despite  its latest rebound from 2-year lows at  1.1932.

Last week GBPCAD rebounded from the oversold point of 1.5482 and managed to gain more than 1%. However, the bearish trend that has been going on since the beginning of the year still looks very steep, although an attempt to bounce back after recording a 6-year low could be an important indication of the direction of the next move.

In the medium term, the resistance at 1.6181 is important to watch, because a break of this level could confirm a rebound at 1.5482 and the price rally will reach higher retracement levels. As long as the price is below 1.6181, there will be no change in the direction of the price. 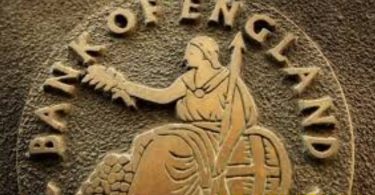