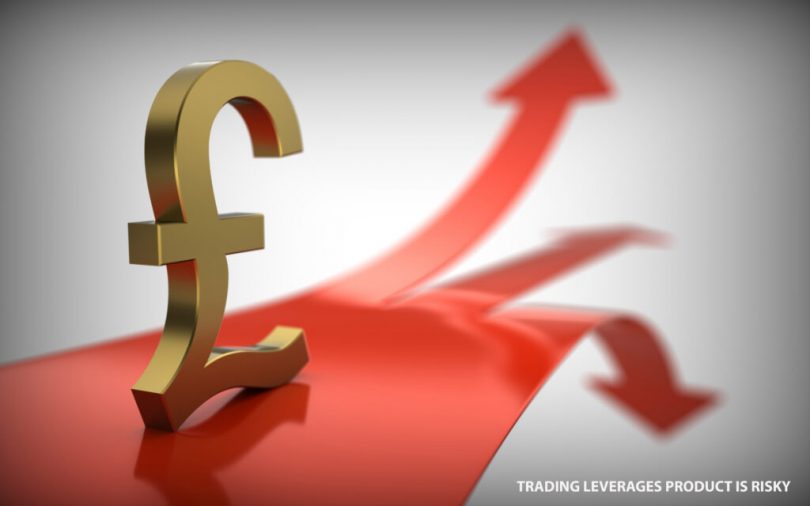 GBPUSD continued to post slightly higher today, continuing Friday’s bullish momentum after the big 6-day fall that pushed the pair to 1.2154, its lowest level since May 2020. It is now trading close to the 1.2480 highs.

The high demand for the USD and the concerns of investors causing risk-off sentiment in the market are clearly putting pressure on the GBP. This week, the GBP boosted by politics and currently by the labor sector data. UK wage growth tops forecast as labour market tightens. The ILO unemployment rate unexpectedly declined to 3.7% in the the three months to March, from 3.8% in the previous three months period. Earnings growth jumped to 7.0% in that time, while the previous number was revised up to 5.6% from 5.4%. Excluding bonuses the three months rate reached 4.2%. All higher than anticipated numbers and the more up to date claimant count rate dropped back to 4.2% in April, while the March reading was revised down to 4.2% from 4.3%. Jobless claims continued to decline as a fast pace and the number of payrolled employees jumped 121K in April, likely driven by the re-opening of the services sector that came in time for the Easter holiday period. Very strong numbers that will back the arguments for additional tightening from the BoE, which has already delivered a series of hikes now, in a bid to keep a lid on inflation that is now expected to peak above 10% later in the year.

Although in general an increase in inflation is seen as positive for a currency, giving an indication of the possibility of an increase in interest rates, excessively high inflation can exacerbate existing cost of living pressures, as seen in the UK and its phase of stagnant growth.  UK GDP data for March reported a contraction of -0.1%. This is in line with an earlier Bank of England (BoE) statement warning that the UK is likely to experience an economic recession this year. The combination of low economic growth and rapid rise in inflation is something that is not good for the GBP.

In a statement to the UK parliamentary finance committee (House of Commons) on Monday, BoE Governor Andrew Bailey stressed that they were unhappy with the current inflation situation where the cause of rising inflation was due to rising energy prices and tradeable goods. He was also quoted as saying they were concerned about the shock in the global economy as can be seen in the weakness of China’s economic data. If inflation data is higher or in line with expectations, the GBP is expected to depress again. However, today’s labour market data already showed higher than expected wage growth and an increasingly tight jobs market, which will only add to the arguments in favor of even more hikes from the central bank, which has already hiked rates successively since last December to currently 1%.

Overall the combination of the strengthening USD and the weakness of the GBP has caused GBPUSD to decline more than 10% from the January 2022 high of 1.3750 to as low as 1.2154 in May 2022. However Cable bounce significantly the past 3 days to 1.2480 level , breaking the key 1.2400 Resistance area and turning closer to 20-day SMA. Intraday, the asset manage to break 3-week descending triangle while the momentum has turned positive, signalling a potential reversal signal. If the GBP continues to be supported by investors and registers significant gains, the resistance level in the important cluster 1.2630, which is the May high. A breach and break of it could open the doors to 1.2970 (2-year support area). In the Daily chart, the MACD indicator is still well below the 0 level, but the daily RSI-14 level has risen slightly from the oversold level, however the momentum is still strong downwards overall.