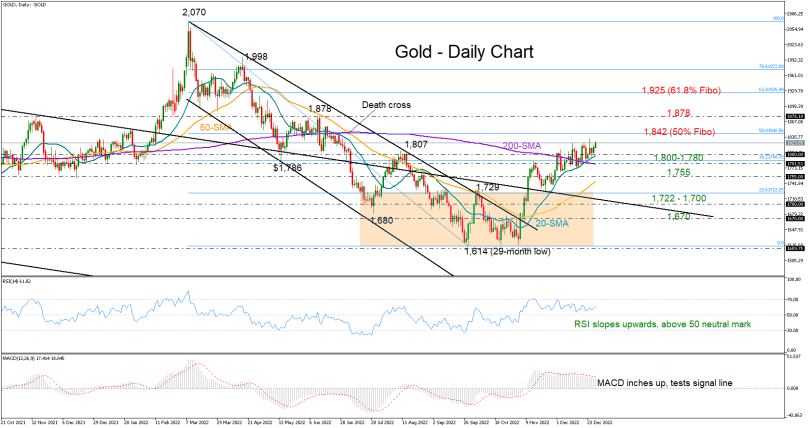 Gold sought fresh gains on the first trading day of the year after a remarkable 8.0% rally to 1,833 in December.

According to the technical indicators, the market seems to have the foundation to flourish further. The 20- and 200-day simple moving averages (SMAs) have recently bullishly crossed each other, endorsing the positive trend in the short-term picture. The RSI, although in horizontal trajectory, is comfortably above its 50 neutral mark and is pointing upwards, while the MACD has recouped some ground in the positive area to test its red signal line.

Resistance could initially occur around the 50% Fibonacci retracement of the March-September downtrend at 1,842. A successful penetration higher could drive the price up to June’s bar of 1,878, a break of which is probably required to clear the way towards the 61.8% Fibonacci of 1,925.

On the downside, the 1,800-1,780 area, which encapsulates the 38.2% Fibonacci and the 20- and 200-day SMAs, will come first into view if selling forces resurface. A bearish correction at this point may stabilize around the 1,750 handle, where the 50-day SMA is converging. Otherwise, the decline could continue towards the 23.6% Fibonacci of 1,722 and the key descending line at 1,700, which has been limiting both upside and downside movements since the peak at the record high of 2,079.

In brief, the bullish short-term pattern in gold could encourage more buying in the coming sessions, especially if the 1,842 barrier gives way as well. 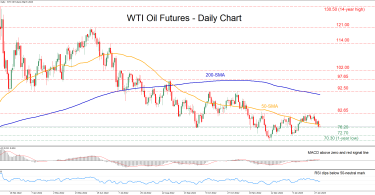 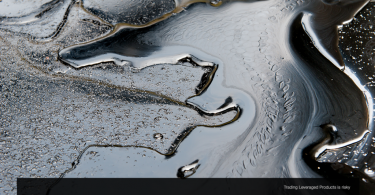 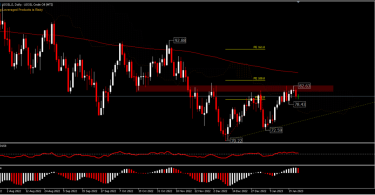 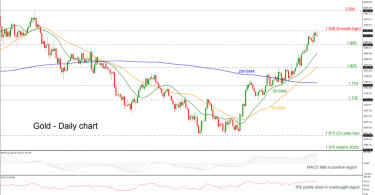 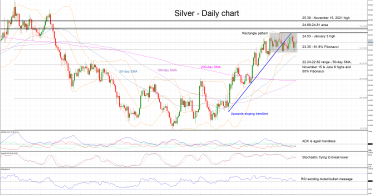 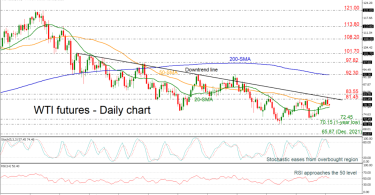