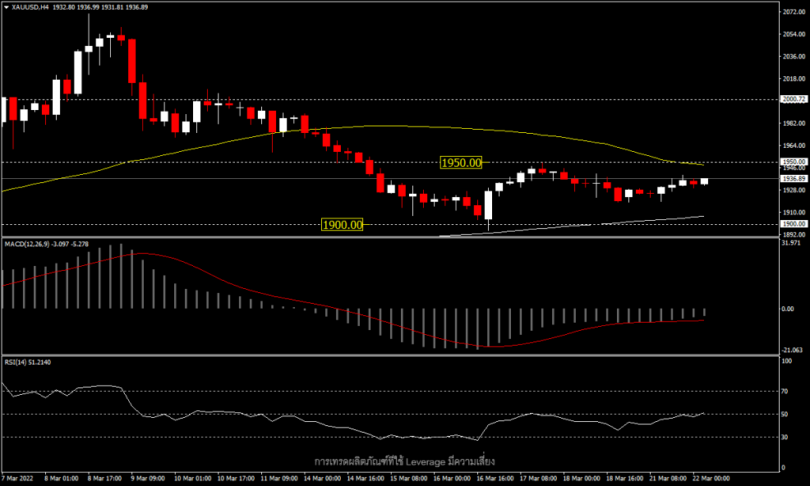 Gold prices rose slightly this week, amid ongoing actions and talks related to the Russia-Ukraine war. The week started with a phone call between US President Biden and the President of France. The German Chancellor, Italian Prime Minister and British Prime Minister will travel to Brussels for a meeting with NATO allies on March 24 and onwards to Poland to meet with President Andrzej Duda on Friday, March 25. Meanwhile, the West will impose more severe sanctions on Russia, which began to intensify its attacks on Ukraine in the past week.

However, the rising price of gold this week comes amid a strong US Dollar (USDIndex 98.95) and a new record 10-year US Treasury yield since June 2019 of 2.33% (up more than +27% in March). Yesterday, Fed Chair Powell reiterated his urgency to raise interest rates and begin to reduce the balance sheet in May.

From a technical point of view the direction of gold prices in the H4 and Daily timeframes moves in a narrower range and the RSI is at the 50 level, indicating a lack of clarity in the direction of the price after this. The short term support and resistance is clearly visible in the H4 timeframe where prices are now stuck between the MA50 at the $1,950.00 price zone (resistance) and the MA200 near the $1,900.00 price zone (support). The Weekly timeframe is biased downward with the support of the shooting star candlestick.