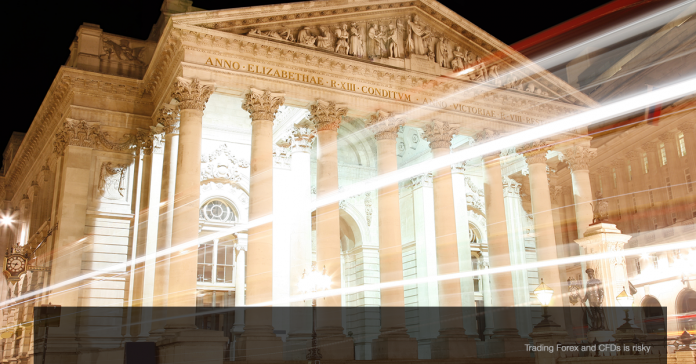 In the US the big event is the FOMC meeting (Tuesday, Wednesday) where a half point rate increase is universally anticipated. Concurrently, there is a heavy economic calendar too that will help gauge the extent of the impacts from the surge in yields and mortgage rates over the past two months, and in turn help guide the FOMC’s policy path going forward. After the downdraft in Q1 growth, weaker than expected data could intensify fears over a stagflationary, and possibly recessionary environment.

The US Dollar is firmer, back up over the 103.00 level at 103.40, the strongest since late 2002 heading into what is expected to be a hawkish FOMC. Rate and growth differentials remain supportive of the buck. Gold prices are under pressure at the start of a week. Bullion is cautiously eyeing the US 30-year year yield and currently testing the $1857 support level (200-day SMA), with prices slightly below that at the moment. The US 10-year rate is eyeing the important 3.00 mark and bullion remains on the defensive.

The Greenback has rallied against EUR and GBP, especially after the weaker Eurozone economic confidence decline. The EURUSD sipped to 1.051, while GBPUSD dropped to 1.254. But USDJPY has stumbled

The 1.4% pop in Q1 ECI, and the -1.4% contraction in Q1 GDP bookended the Fed’s upcoming dilemma as the former suggests a budding wage-price spiral and calls for aggressive action, while the latter calls for caution and restraint. Yet, with the FOMC focused on inflation, and with the drop in growth likely a one-off, the Fed is widely expected to increase the funds rate by 50 bps. Indeed, Fed funds futures dropped like a stone on Friday, and especially the longer dated contracts, after the hot, hot, hot ECI as the data support an aggressive policy stance on Wednesday and beyond. The futures are fully priced for a 50 bp increase, and then some, with about a 50-50 chance for 75 bps. The December contract is pricing a 2.75% rate, with about a 3.30% terminal rate by mid 2023. This looks to be the fastest clip of rate increases since 1994, and that is even without factoring in balance sheet shrinkage.

As to foreword guidance, we do not expect much and nothing explicit for the path into the summer. Indeed, we suspect the paragraph from the policy statement should be little changed from March, indeed, reiterating that “the Committee will continue to monitor the implications of incoming information for the economic outlook. The Committee would be prepared to adjust the stance of monetary policy as appropriate if risks emerge that could impede the attainment of the Committee’s goals.” That leaves the exact policy path unstated, but open to potential 75 bp increases down the road. The Fed wants to get to neutral as fast as it can, “expeditiously,” as noted by Chair Powell in March. That could mean a string of hefty rate hikes this year, along with a healthy dose of QT.

This week’s full data slate that culminates with the April jobs report (Friday) which we expect will reveal ongoing robustness in the labor market. We expect a 380k increase in April nonfarm payrolls after strong gains so far this year totaling 1.658 mln over the first three months of 2022. Payroll growth should slow gradually through 2022 with reduced growth in the economy. The services ISM (Wednesday) is projected increasing to 59.0 from 58.3 previously, helped by the further unwinding of covid restrictions. The March trade deficit (Wednesday) is expected to widen sharply to an all-time high of -$107.9 bln, far outdistancing the prior high of -$89.2 bln in both February and January. Exports should rise 5.6%, while imports jump 9.9%. Trade was the big negative in the GDP contraction.

Fedspeak resumes this week. Along with Chair Powell’s press conference (Wednesday), there will be remarks from two of the more hawkish Committee members, Bullard and Waller. They will be speaking on a panel at the Hoover Institute (Friday). It will be informative to hear their reactions to the policy decision, as well as the jobs report, in the wake of the 1.4% ECP pop and -1.4% GDP drop. Williams gives opening remarks at an environmental economics event (Friday). Bostic and Daly give commencement speeches (Friday).