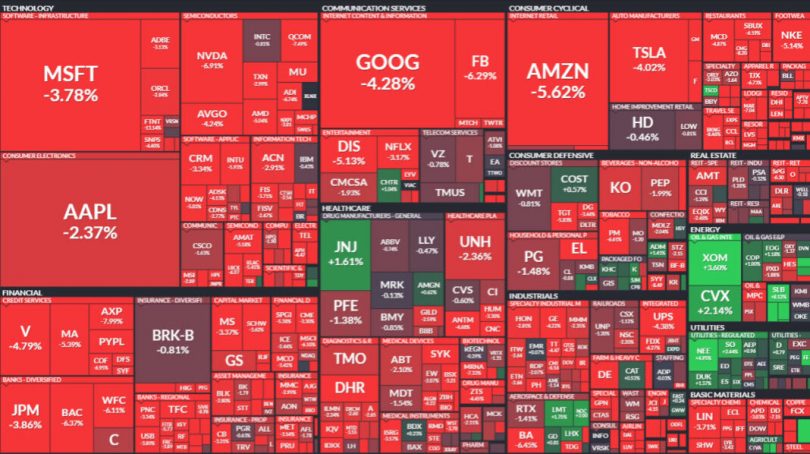 Instability from the war and uncertainties over global impacts made pricing extremely difficult, especially considering the extent of the moves over the last couple of weeks.

Markets are positioning for a series of rate hikes to deal with the spike in commodity prices, while in the Eurozone there is lingering speculation that the war in Ukraine and stagflation risks will prevent the ECB from a commitment to a phasing out of net asset purchases. Bonds as well as stock markets remained under pressure, as the Ukraine war is fuelling stagflation fears. The June 10-year Bund future is up 6 ticks, outperforming versus Treasury futures, which are firmly in the red once again, while the US cash rate has lifted 1.0 bp to 1.78%. The JPN225 is down -1.7%, with hefty losses of -3.62% on the USA100, -2.95% on the USA500, and -2.37% on the USA30. Oil is still trading at $120.00 after the wider jump to $126.30 – commodity prices will not just push up cost of living expenses but also weigh on production in sectors reliant on ready and cheap energy supplies.

Overnight: Japan reported its biggest current account deficit since 2014 in January. President Joe Biden’s administration is willing to move ahead with a US ban on Russian oil imports even if European allies do not, Reuters reported on Monday, citing people familiar with the matter. Crude has already hit 14-year highs and Russia warned that prices could surge to $300 a barrel and it might close the main gas pipeline to Germany if the West halts oil imports over the invasion of Ukraine. Germany has rejected plans to ban energy imports. The biggest buyer of Russian crude oil is accelerating plans to expand its use of alternative energy sources but cannot halt imports of Russian energy overnight, German Chancellor Olaf Scholz said on Monday.