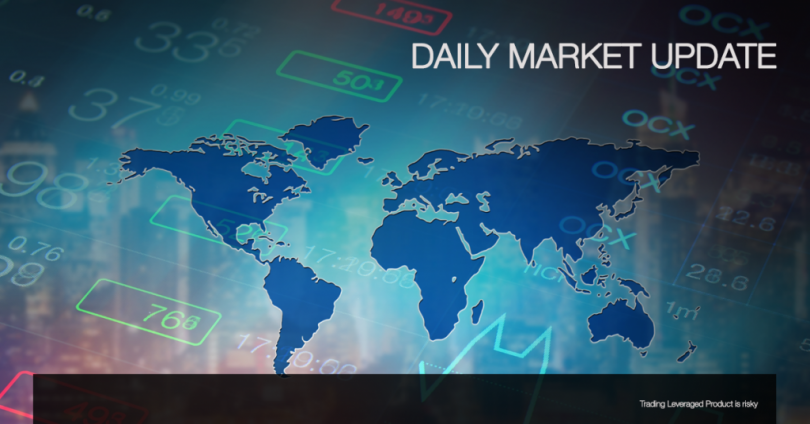 Risk aversion recedes – Stocks stabilize but it’s all about the Yields & sharp rise in short-term 2-yr in particular.  USD softer again, Oil rallies, Gold & BTC sink again. Key FED hawk Bullard, talked of actual rate hikes as early as March & that inflation will remain over 3% for all of 2022.  Claims missed a tad at 207k vs 200k but remain in strong downtrend, but Services PMI’s missed significantly (62 vs. 67 & 69.1 prior). Another Chinese real estate developer (Shimao) missed bond payments.

European Open – The March 10-year Bund future is fractionally higher as are US Treasury futures. DAX and FTSE 100 futures are posting gains of 0.04% and 0.16% respectively.  Markets are waiting for key US payroll numbers in the afternoon, which will be an important piece of the puzzle for the increasingly hawkish Fed. In Europe the calendar is also pretty busy with trade and production numbers for Germany, consumer spending data for France and preliminary inflation numbers and the latest ESI economic sentiment reading for the Eurozone. Overall the data is likely to support the hawkish camp at the ECB and after Lagarde committed to keep net asset purchases going for most of this year, it will likely become clear that the ECB is falling behind the curve, as Omicron is unlikely to derail the global recovery.