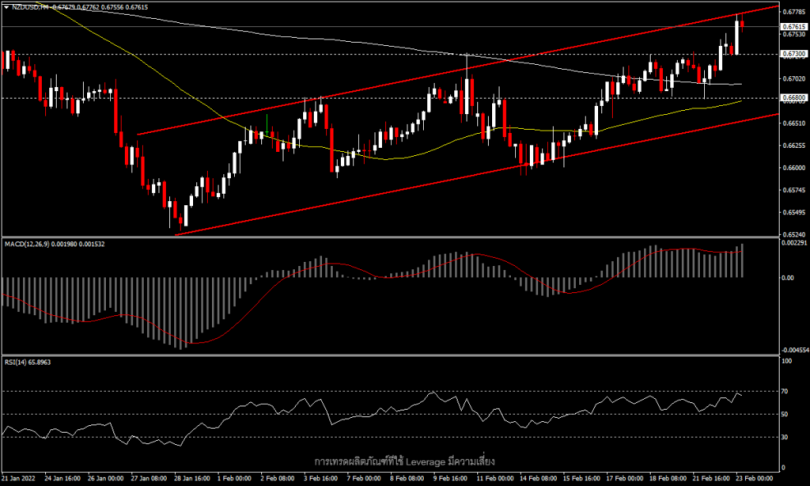 The Reserve Bank of New Zealand (RBNZ) raised interest rates again this morning to 1% from 0.75%, the same level as before the COVID-19 pandemic.Interest rates continued to rise in October and November last year, from 0.25% to 0.5% and 0.75% respectively, while the Monetary Committee said more policy tightening was needed to curb the economic heat. The interest rate could be raised to 2.2% by the end of the year and 2.57% by March 2023, which is a new estimate above the 2.1% and 2.3% forecast in November.

As for the New Zealand Dollar, the NZDUSD pair moved ahead of the RBNZ decision yesterday, moving up from the opening of 0.6698 to close at 0.6730 (+33 pips), bringing 0.6730 to its first support. In the event that there is a correction, it will be because the RSI is retreating from the 70 level in line with the price falling from the upper channel line. There will be a next resistance at the 0.6800 psychological level.

The focus is still on the conflict between Russia and the West. That, if prolonged, could help strengthen the US Dollar. The economic calendar for the rest of this week is still full of important US economic data, including the GDP figures on Thursday and the Core PCE on Friday.