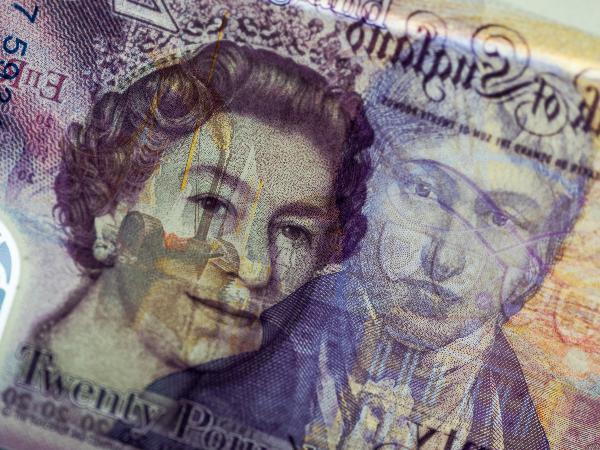 Pound Sterling is spiralling against the US Dollar in the wake of a series of poor economic data this month.

As the guardian of Pound Sterling (FX:GBPUSD), Bank of England governor Andrew Bailey is grappling with a pandemic-induced, Ukraine war-worsened economic headache.

And his problems are only expanding.

Pound Sterling: Key data in May

On 5 May, the Bank’s Monetary Policy Committee voted 6-3 in favour of hiking the base rate by 25 basis points to a 13-year high of 1%. With the minority voting for a 50 basis points rise, it warned ‘most members of the Committee judge that some degree of further tightening in monetary policy may still be appropriate in the coming months.’ According to Capital Economics, it could be as high as 3% by next year.

A week later, the Office for National Statistics (ONS) reported that GDP has fallen by 0.1% in March, and revised February down to ‘no growth’ from 0.1%.

With recessionary fears spiking, Bailey spent 16 May facing the Treasury Select Committee, using incendiary language to highlight the wider economic picture. The governor argued that ‘to predict and forecast 10 per cent inflation and then say there’s not a lot we can do about 80 per cent of it is an extraordinarily difficult place to be’ and further that ‘a sequence of shocks like this, which have come one after another with no gaps between, is almost unprecedented.’

He called the situation ‘the biggest test of the monetary policy framework in its 25 years.’ And he urged higher earners to ‘think and reflect’ before asking for pay rises, while also calling the Ukraine crisis’ effect on food prices ‘apocalyptic’ and a ‘major worry’ for the entire world.

Then on 17 May, the ONS revealed the unemployment rate had fallen by 0.3 percentage points to 3.7%, its lowest rate in 50 years. Meanwhile, pay including bonuses had risen by 7%, job vacancies rose to a record 1.3 million, and job moves between January and March also hit a record 994,000.

The risks of the dreaded wage-price spiral are increasing. Days ago, PwC reported that skilled workers were starting to ‘assert their power,’ with nearly 20% expecting to change jobs over the next 12 months.

Then on 18 May, the Consumer Prices Index inflation rate rose from 7% to 9%, its highest in 40 years.

Five days later, at a speech to the Austrian National Bank, Bailey ‘rejected’ the argument from former governor Lord King that Bailey’s ultra-loose monetary policy had amounted to a ‘failure of the economics profession,’ saying ‘the facts simply do not support this.’ Instead, he asserted that inflation is being stoked by employment data.

And he warned that ‘we have raised the official rate four times so far and have made clear that in order to bring inflation down to target we are prepared to do so again.’

Then on Tuesday, ethereal economic data collided with political reality. OFGEM CEO Jonathan Brearley wrote to Chancellor Rishi Sunak to inform him that the energy price cap would likely rise by £800 to £2,800 in October, representing an overall annual increase of £1,500.

With the Institute for Fiscal Studies warning this would send inflation for poorer families above 14%, Thursday saw Sunak announce a conveniently timed £15 billion package of support including a universal £400 energy grant alongside hundreds more for pensioners and benefits claimants.

While a welcome short-term plaster, the move could simply send inflation even higher. Speaking to Martin Lewis, Sunak accepted inflation will be ‘relatively high’ in September, but maintained the impact of the additional spending will be ‘manageable’ when questioned by Treasury Committee Chair Mel Stride.

And in an interview with Sky’s Niall Paterson, Sunak argued ‘it will have a minimal impact on inflation,’ and ‘much less’ than a 1% rise.

But on Radio 4’s Today programme, the Chancellor reassured that ‘I do want people to be reassured and confident that we will get through this,’ when questioned over whether further support may be necessary.

With another £15 billion about to hit the money supply, and the base rate likely to rise to 1.25% in June, Pound Sterling’s outlook remains uncertain.