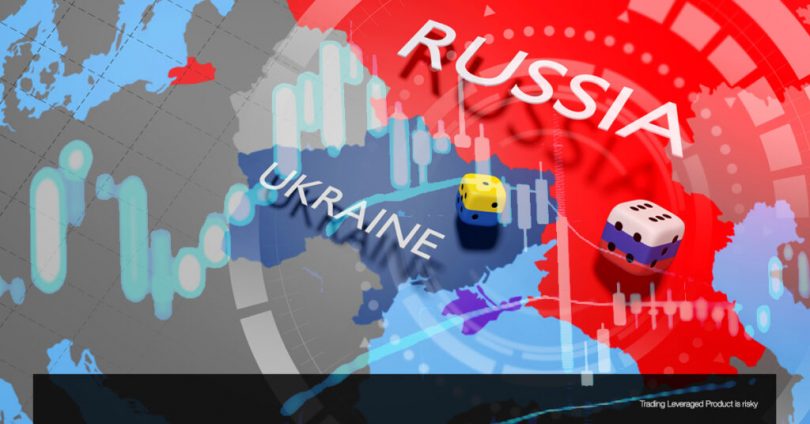 Much is said about how the world has punished Russia for its invasion of Ukraine. Packages of sanctions by the EU, prohibition of Russian oil in several countries and a massive evacuation of companies that have closed operations in Russia, as well as other measures designed to cut off the Russian capital that is financing the war, would suggest that the country is in freefall economically, but in fact the Ruble is one of the top performing currencies lately, although for how long this can continue?

“In the first four months of 2022 Putin could boast a surplus of $96 billion, more than triple the figure for the same period in 2021.” – Larry Elliott, The Guardian

Russia’s invasion of Ukraine began on February 24, and from that day on the price of USDRUB began to increase strongly until it reached a historical maximum on March 8 reaching 141.4075. From there the price began a fall, a surprising recovery for the Ruble leaving lows at 55.2685 in May.

At the start of the war, Russia initiated strong control of capital for its citizens, prohibiting them from buying foreign currencies, limiting shipments of Rubles abroad and now imposing higher fees for holding foreign currencies in some banks, as well as forcing exporters to convert most of their profits into their national currency to avoid the escape of Rubles and to freeze a good portion of the reserves in an attempt to counteract the flight of foreign investment.

Likewise, in reaction to global sanctions, the country had to abruptly raise the interest rate, going from 8.5% on February 12 to 20.0% by February 28. Currently Russia has reduced its rates and they are running at 11.0%.

“The rapid rise of the Ruble is a problem for exporters and some domestic producers, adding to the pressure of sanctions. It also means less revenue for the budget” – Scott Johnson for Bloomberg Economics.

The big increases in the price of food, raw materials and energy have also helped the Ruble to strengthen. Russia forced European countries to pay for their gas exports (+40% of the pre-war EU supply) in Rubles instead of Euros and Dollars, giving the currency greater demand, and threatened to cut off supply to those who did not comply. This move was made with the knowledge that a total ban on Russian energies in the EU will take a long time, during which time it will continue to yield returns for the country and even more so with price increases, although the EU has said that by the end of the year, it will have reduced dependence on Russian exports by 90%.

While the EU is planning to ban the world’s second largest oil producer and initiate sanctions packages, Russia is redirecting its sales of crude oil and other products to countries such as China and India (the latter increased more than 60% of the oil it received last year), countries whose demand is much higher, increasing Russia’s income from exports, offsetting and even earning more despite the ban from the EU and other countries. Russia has earned $66.5bn from fossil fuel exports and the EU accounts for more than 70% (€44bn) of net energy revenue since the start of the war, according to the Center for Research on Energy and Clean Air in Finland.

On a daily basis, the last high marked last week was at 68.66, before there was a fakeout of the 20-period SMA that did not break past highs above 70.00, and then the price dropped to the aforementioned low area leaving a low today at 56.25 on a hammer daily candle that closed testing the psychological level of 60.00.