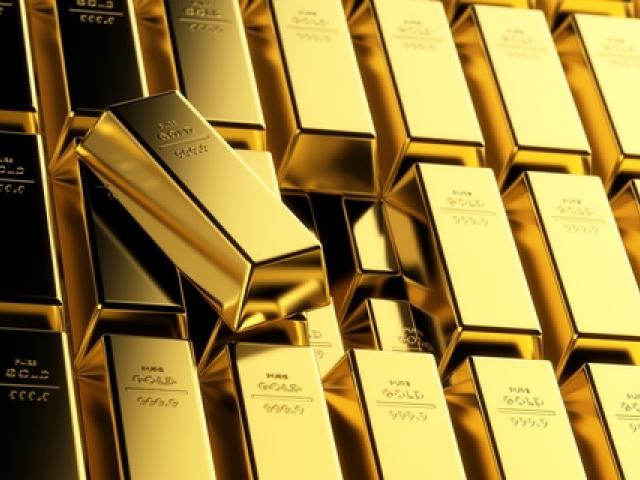 The precious metal pounced to levels not seen in more than one week even as the dollar stabilized and 10-Year Treasury yields kept above 1.9%.

Gold seems to be drawing strength from mounting inflation fears and ongoing Russia – Ukraine tensions which have accelerated the flight to safety. While bulls have kicked off the week seizing the driving seat, the question remains for how long?

Over the past few weeks, it has felt like the same old story for gold.

Prices have mostly traded within a $50 range since mid-November thanks to conflicting forces pulling and tugging at the precious metal. On one side of the equation, gold bears remain inspired by a firmer dollar, rising Treasury yields, and expectations of aggressive rate hikes by the Federal Reserve. However, bulls remain supported by geopolitical tensions and rising inflation worries.

Taking a look at this week’s economic calendar, a fresh fundamental catalyst could be needed to tip the balance between bulls and bears. This could come in the form of the latest US inflation numbers released on Thursday.

It’s all about the US inflation report

Inflation in the United States remains at uncomfortable levels with consumer prices accelerating 7% in December, a fresh high since June 1982. January’s inflation data is expected to show inflation surging to 7.3%, it fastest year-on-year growth since February 1982! Given the widespread obsession with inflation, the pending CPI report has the potential to rattle financial markets!

Another jump in US consumer price inflation may boost market expectations over a more aggressive hawkish cycle and a possible 50-basis point rate hike in March. Given gold’s zero-yielding nature and history of performing poorly in a high-interest rate environment, this is bad news for the precious metal. Traders are currently pricing in more than five quarter-point Fed rate hikes in 2022 which could result in more pain for gold down the road.

However, if the inflation report misses expectations or matches the figure seen in December, this could raise speculation over consumer prices plateauing. Such a development may prompt market players to re-evaluate the Fed’s aggressive policy stance. Gold could benefit from this outcome, especially if the dollar weakens and rate hike bets cool.

According to an automated report from Bloomberg, gold ETFs cut 147,486 troy ounces of gold from their holdings last Friday, marking the biggest one-day decrease since December 3rd, 2021.

The sharp outflow could be the result of the strong US jobs report fuelling rate hike bets. An ETF (Exchange Traded Funds) is an investment instrument that allows retail traders to gain exposure to an existing market or groups of markets. A gold ETF provides investors exposure to gold without owning it physically. Outflows from ETF’s are seen as bearish for the underlying asset. In this instance, ETF investors could be reducing their exposure to the zero-yielding metal amid speculation of higher interest rates.

Keep an eye on support & resistance

Gold prices have been trapped within a wide range on the weekly charts with support at $1786 and resistance at $1831. Another layer of support can be found at $1750 and resistance at $1870. The precious metal remains a battlefield between bulls and bears until a decisive breakout/down is achieved above or below the key levels identified.

Ultimately for bulls or bears to snatch back full control, some major movements need to happen on the monthly timeframe. Key levels of interest can be found at $1700 and $2000.

Disclaimer: The content in this article comprises personal opinions and should not be construed as containing personal and/or other investment advice and/or an offer of and/or solicitation for any transactions in financial instruments and/or a guarantee and/or prediction of future performance. ForexTime (FXTM), its affiliates, agents, directors, officers or employees do not guarantee the accuracy, validity, timeliness or completeness, of any information or data made available and assume no liability as to any loss arising from any investment based on the same.

Lukman Otunuga is a Senior Research Analyst at FXTM. A keen follower of macroeconomic events with a strong professional and academic background in finance, Lukman is well versed in fundamental and technical analysis.

He is known for delivering in-depth market insights via his video series, FXTM Market Updates, and has written for top publications, including the Financial Times and The Guardian. Lukman’s in-depth analysis on the global markets is often cited by leading international media, including the Associated Press (AP), BBC, CNBC, CNN, Marketwatch, NASDAQ and The Telegraph. He has also appeared on Africa’s biggest television network, NTA 2.

Lukman holds a BSc (Hons) degree in Economics from the University of Essex, UK and an MSc in Finance from London School of Business and Finance.