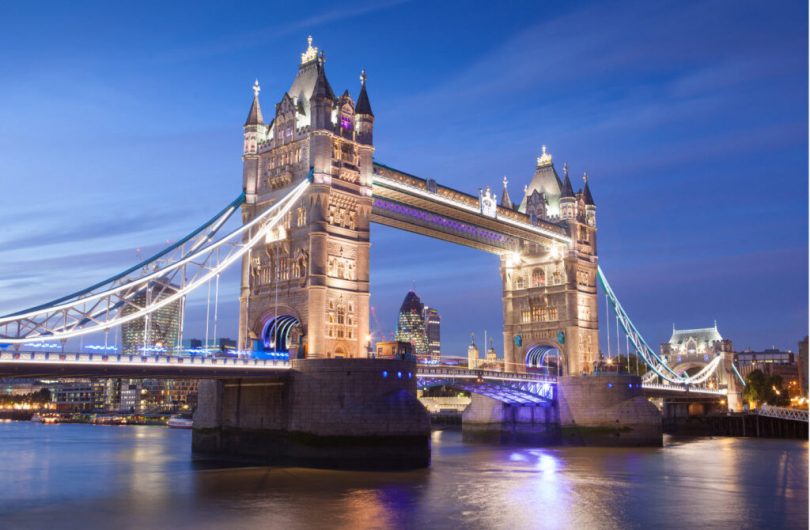 The markets are closed today for Presidents’ Day. Canada is also closed. Bonds held a haven bid Friday as the threat of a war in the Ukraine intensified.

Bond yields have moved higher on strong data and headlines of a possible Biden-Putin summit, but doubts have already started to emerge, leaving 10-year rates off earlier highs and GER30 and UK100 up 0.3% and down -0.1% respectively. The 10-year Bund yield is up 1.9 bp at 0.21%, the Gilt rate up 1.7 bp at 1.39%.  PMI reports for the Eurozone and the UK highlighted a strong and swift rebound from Omicron, but also rising price pressures and in the UK wage increases and staff shortages.

UK Composite Output PMI at 8-months high in February. The overall reading rose to 60.2 from 54.2 in January, thanks to a huge improvement in services sector activity. The services PMI came in at 60.8, up from 54.1 in the previous month, but while the manufacturing output index jumped to a 7 month high of 56.7, the manufacturing PMI held steady at 57.3 Coupled with German PPI inflation rising to a whopping 25%, the data added to arguments for swift action from both the BoE and the ECB.

There were source stories last week effectively confirming that the ECB is likely to end net asset purchases in September and pave the way for a rate hike in the last quarter of the year. At the BoE there were already a number of people arguing in favour of a 50 bp move at the last meeting, and the data clearly suggests that additional steps will be necessary to keep inflation from taking to firm a hold.

That UK inflation failed to drop back as expected at the start of the year and the squeeze in the cost of living is increasingly getting popular attention. The RPI that officials wanted to drop altogether is back in focus and hit a whopping 7.8% in January. Coupled with tax hikes, the pressure on households is increasing, especially as there is little consumers can do in the middle of the winter to escape the jump in energy costs. Against the background of a tightening labour market, pressure on the BoE is building, although the top brass at the central bank is likely to continue to argue in favour of gradual moves.

The stats office’s preferred target is the CPIH, which stood at 4.9% y/y in January, up from 4.8% in the previous month. The measures dominate the official press release, but remains little used in real life. The narrower CPI hit a 30 year high of 5.5% at the start of the year, the core reading lifted to 4.4% from 4.2% and the Retail Price Index (RPI) which was the main and indeed only measure until 2011, jumped to 7.8%. Energy prices remain the main driving factor and with the government set to lift the price cap on energy in April, the chances are that more is to come, with even the BoE suggesting that CPI could hit 7% in April.

For consumers the multitude of inflation measures is confusing and the older RPI remains firmly lodged in the minds of many. Indeed, union negotiators continue to consider it the best available measure of inflation. That means the 7.8% measure, rather than the much lower CPIH will be the focus in official wage negotiations. Unions may no longer be as powerful as they once were, but given that across the UK the labour market looks increasingly tight with many companies struggling to find skilled staff, they will certainly be in a good negotiating position this year. Reports suggest that pay bargaining across major private and public sector employers was relatively low through much of last year, likely also owing to the crisis situation. With the recovery expected to continue this year and unions focusing on the much higher RPI reading, wage talks are likely to be much tougher this year.

Indeed, there are already reports that companies are forced to up wages just to keep staff and latest labour market data not just confirmed that jobless claims continue to decline, but also reported an unexpected rise in average weekly earnings growth.

But with demand coming back companies are also more likely to pass on the sharp increase in cost pressures. If the jump in energy prices were not enough, the FT warned that beer prices are also set to rise sharply, with prices of malting barley nearly doubling last year. Long term supply contracts mean higher costs are only now being passed on to consumers. With struggling consumers told to wrap up warm and use hot water bottles to keep a lid on energy prices and a rise in beer prices underway, BoE Bailey’s calls for wage restraint didn’t go down well.

Indeed, more than anything communication will be key as central banks navigate a very difficult situation. Bailey may have been clumsy in his remarks, but he and his chief economist Pill clearly are aware that cautious moves are required in order not to stifle growth as the economy navigates the recovery from the pandemic.  The two were among those arguing against a large 50 bp move at the last meeting.

Indeed, delivering not just successive, but unusually aggressive rate hikes at this point would likely see markets running too far ahead with the tightening story, which could see a jump in rates that in turn could weigh on the recovery.

The BoE’s monetary policy report already suggested that markets are too pessimistic on the medium term outlook and if the bank were to deliver a 50 bp hike in March, while inflation rates continue to rise, markets would very likely be pushing for even more with the next pick up in headline inflation. Measured action then will likely remain the order of the day for now, especially as easing supply chain pressures should also help to limit the rise in cost pressures going forward.