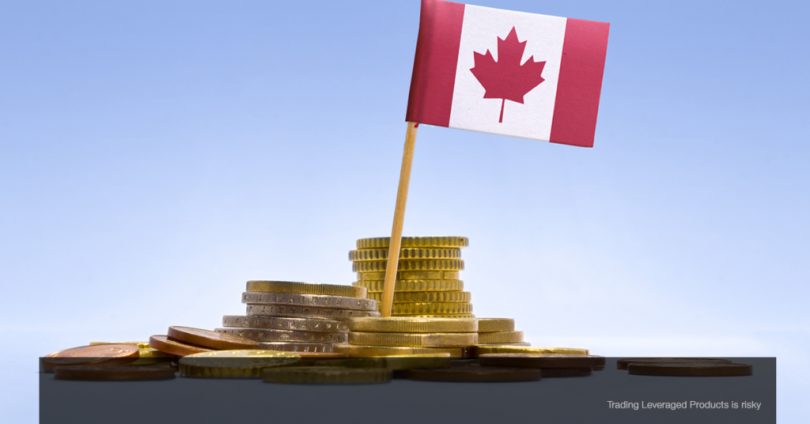 US Crude (USOil) extended losses to $95 a barrel, down more than 22% from the high seen on March 24, on the back of the release of the US and its allies’ strategic oil reserves and China’s strict pandemic lockdown measures. The oil prices may further fluctuate in the short-term, as OPEC will announce the crude oil market report today (specific time to be determined), and the EIA and IEA reports are due to be released tomorrow.

Weak oil prices also affected Canada, one of the major crude oil exporters, with USDCAD stabilizing and rebounding from a low of 1.2402 on April 5 and extending its upward pattern, recording a gain of more than 1% in five trading days. The former posted gains against a number of major currencies as markets priced in higher inflation and accelerated monetary tightening by the Federal Reserve. In the fixed income market, the 10-year US bond yield reached 2.77% for the first time since March 2019; the 5-year bond yield and the 30-year bond yield also hit the highest levels since late 2018 and May 2019, respectively, closing at 2.77% and 2.81%. Today, the market expects that the US CPI will increase by the highest rate in 30 years, reaching 6.7%.

In addition, the risk aversion sparked by the uncertainty in Ukraine and higher yields in the United States compared to other major countries further cemented the strength of the Dollar. This Wednesday (13/4), the Bank of Canada will announce its interest rate decision and quarterly monetary policy report, and Governor Macklem will also hold a press conference an hour after the meeting.

Economists expect the central bank to raise rates by 50 basis points to 1.00%, according to a Reuters poll. If true, this would be the first time the Bank of Canada has raised interest rates by 50 basis points since May 2000. In addition, the outlook shows that inflation is widely expected to remain elevated at 6% in the second quarter of this year, then gradually decline and eventually return to just above 2% in the second quarter of 2023.