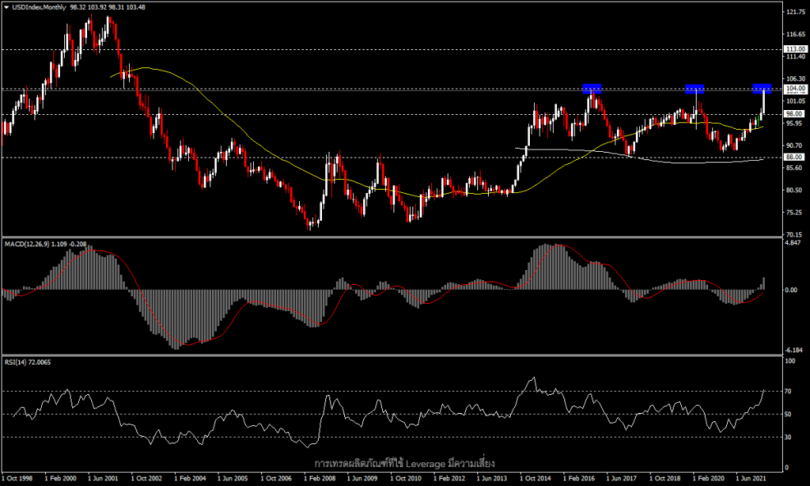 The US Dollar continued to gain during April, with the USDIndex rising more than 6%, hitting a new high just shy of 104.00 , the highest point in nearly 20 years, as investors expect the Fed to raise interest rates by 0.5% at their meeting next Wednesday (and possibly many more this year) to curb inflation, driven by a tight labour market. Currently, weekly unemployment claims data are at a record low. The four-week moving average is now at 179k, as is the March non-farm payrolls figure that is expected to continue to point in the same direction at 431k.

However, the preliminary reading for US Q1 GDP growth yesterday contracted for the first time since Q3 2020 at -1.4%, a steep decline from 6.9% in Q4 2021, mainly due to the surge in inflation, trade deficits and lower inventory investments. The same could be true for the March Core PCE inflation figures scheduled to be reported today. This is expected to fall slightly to 0.3% monthly from 0.4% last month, and the annual rate is expected to decline 5.3% year-on-year from 5.4% last month.

The USDIndex technical view in monthly timeframes displays strong momentum in April. This, combined with the Fed’s prospects for several more interest rate hikes during the rest of the year, is expected to be a key factor supporting USDIndex above 104.00, with the next key resistance level at Fibo 161.8 at 113.00. There may be a major correction at the 104.00 resistance area, in line with the movement of RSI entering the overbought zone, with first support at Fibo 61.8 at 98.00, while intraday support and resistance are at the round numbers 103.00 and 104.00 respectively.