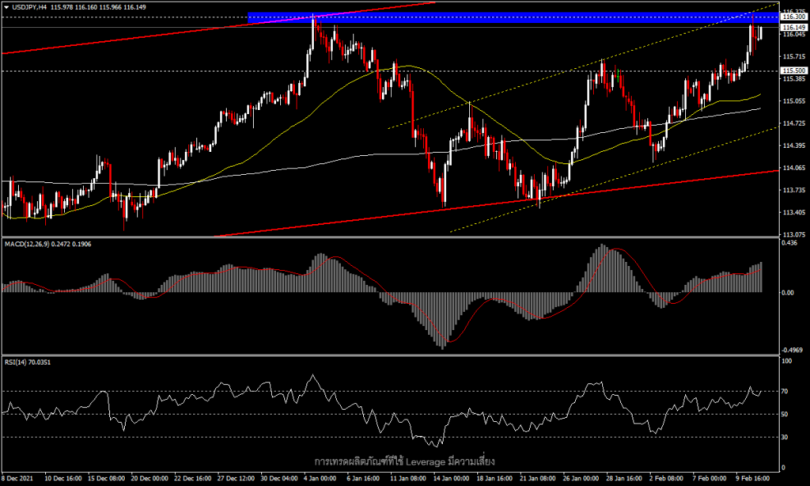 The Japanese Yen is setting a record weakest in five years after the January US inflation report continued to rise to the highest in 40 years at 7.5% y/y, raising concerns the Fed would speed up interest rate hikes. St. Louis Fed Chair James Bullard said he advocated raising interest rates to 1% by July. We may get more opinions from today’s Fed monetary policy report and the minutes of the FOMC meeting next week. Meanwhile, unemployment benefits for the week ending Feb. 5 continued to drop to a five-month low of 223k, compared with a forecast of 230k.

The continued weakening of the Yen as a result of the BoJ’s continued stance to maintain a particularly accommodative monetary policy, with BoJ board member Toyoaki Nakamura saying on Wednesday that the BoJ would maintain its accommodative policy to support economic recovery and to meet the inflation target of 2% (latest December inflation was 0.8% annually), in line with previous comments by other BoJ officials. He added that the Japanese economy would benefit from the move of a stable exchange rate at around 113-115 Yen per US Dollar.

As for the USDJPY pair, it tested five-year high yesterday in the 116.30 zone. If it manages to break above, there is the next resistance at 116.60. On the other hand, if it can’t go further we may see a correction back down to the key support zone 115.50. Today the pair pivots around 116.00.