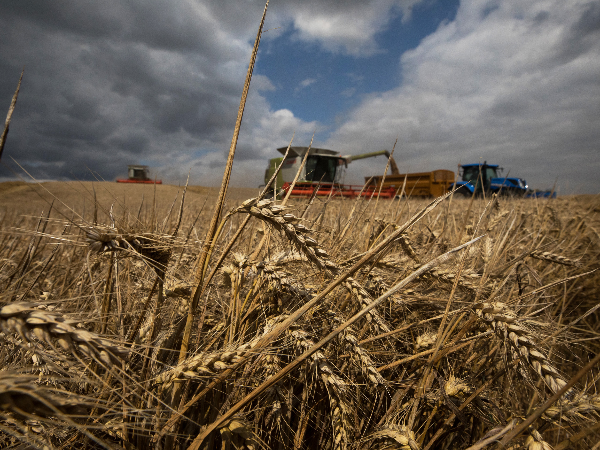 Chicago Wheat increased by its maximum daily limit of 6% on Monday as the commodity suffered another supply shock.

Chicago Wheat, commonly viewed as the global benchmark for wheat prices, has risen by 25% in the past six weeks and over 60% year-to-date.

Now India’s near-total export ban has sent wheat prices up another 6% amid already tight global supplies, with many expecting further increases in the coming days.

India previously denied it would halt exports but has rowed back on the policy as inflation rose to an eight-year high, with the rising cost of food, including domestic wheat prices, a key factor. With staples from bread to noodles to pasta affected, the Bank of India has raised interest rates for the first time in four years.

India’s government justifies the ban as necessary ‘in order to manage the overall food security of the country and to support the needs of the neighbouring and other vulnerable countries.’

However, it noted that exports backed by already issued letters of credit would be allowed, as well as exports to developing countries ‘to meet their food security needs.’ Officials said the ban was not permanent and could be revised.

The country is the second-largest wheat producer after China and had forecast fiscal year production of 111.32 million tonnes as recently as February. But it cut this forecast to 105 million tonnes earlier this month, with further falls likely with the Monsoon season weeks away.

While this seems a minor reduction, the country exported only 7 million tonnes in the last fiscal year, a rise of 250%, as it consumes most of what it produces. It had aimed to export another record 10 million tonnes in FY22-23.

The policy shift was hastened by two months of crippling heatwaves, with temperatures reaching a scorching 45C. Given the extremity, farmers are concerned about the damage not only to this year’s crop but also to the next. Moreover, India’s emergency supplies are already running low due to extensive handouts of free wheat during the pandemic.

In addition, the Food Corporation of India alone uses about 25 million tonnes a year to feed the 80 million citizens who qualify for its food welfare programme. So far, it’s bought over 19 million tonnes from domestic farmers, on track with last year’s record 43.34 million tonnes.

However, many farmers have chosen to sell wheat to private traders for higher prices than the government’s fixed rate.

Where next for wheat prices?

The export ban comes only days after the US Department of Agriculture forecasted global wheat production would fall for the first time in four years in 2022-23.

Before the Ukraine war, Russia and Ukraine accounted for nearly a third of global wheat exports. But much of this crop now lies abandoned as ports are blocked and grain silos destroyed in the breadbasket of the world.

Indian Prime Minister Narendra Modi had only recently declared that ‘India was ready to feed the world.’ But with production falling, political necessity has won out in a country that has suffered more than its fair share of famine and drought.

But the policy shift could create problems for India. It had been trying to get the World Trade Organisation to waiver strict restrictions on wheat exports from countries which buy the grain at fixed prices for official reserves. Having supported India’s attempt, many countries have now lost political capital with nothing to show for it.

Moreover, the decision was criticised by Germany’s food and agriculture minister Cem Ozdemir, who argued ‘if everyone starts to impose export restrictions or to close markets, that would worsen the crisis.’

Westpac global head of market strategy Robert Rennie believes ‘it just exacerbates the food shortage risk, particularly for developing nations and those historically dependent on foodstuffs out of that region.’

But India’s Commerce Secretary BVR Subrahmanyam commented ‘we don’t want wheat trade to happen in an unregulated manner or hoarding to happen.’

The export bar came as Bank of England governor Andrew Bailey called food uncertainty ‘a major, major worry…for this country. There’s a major worry for the developing world as well.’ The governor described the problem as ‘apocalyptic’ and a ‘major concern.’

The UN had already named the Ukraine War as the source of a ‘giant leap’ in food prices.

And with no end to the war in sight, major exporters hit by inclement weather, and India blocking non-essential exports, further wheat price rises appear more likely than not.