Following its biggest drop in three months on Monday (13/06), the gold price still hasn’t moved outside its bound trading range. Gold’s reaction to higher-than-expected inflation readings in the United States last week and a drop in consumer sentiment underscores disparate investor sentiment that has kept gold in range trading for some time and possibly well into the end of the year. The success or failure of the war against inflation, before the economy begins to feel its effects, is the main topic that will determine the final trajectory of gold prices.

Hedging against the rising risk of stagflation with gold, along with traders’ response to the highest inflation rate in 4 decades, as well as stock market and crypto crashes, are some of the plausible reasons why gold prices are not dropping rapidly.

Throughout the year, gold has struggled with rising bond yields while seeking support from investors seeking shelter against inflation, stock market and geopolitical risks. The increase in interest rates from the Fed yesterday and the SNB today has not had an impact on changes in gold prices. The Dollar weakened after the FOMC raised its target range for the fed funds rate by 75 bps, but Fed Chair Powell downplayed expectations for more aggressive rate hikes when he said the next policy move by the FOMC at its July meeting would be a 50 bp or 75 bp rate hike. A strong re-evaluation of yields and expectations for a rate hike will, at the same time, make the prospect of a recession more real.

The SNB raised its policy rate by 50 bp to -0.25% at today’s meeting, surprising the market which had expected rates to remain constant, and not ruling out further rate hikes in the upcoming meeting. It was the first rate hike since 2007 after the central bank has kept its policy rate at a record low of -0.75% since 2015. The decision was made to counter rising inflationary pressures and prevent price growth from spreading more widely to goods and services, following a spike in prices for energy and food which lifted headline inflation to a 14-year high of 2.9%. The SNB also stressed that it is willing to intervene in the foreign exchange market if necessary. The bank revised its year-end inflation forecast to 2.8% for the year, compared to the previous projection of 2.1%, despite the rate change. Also, the SNB maintains its growth forecast to 2.5% this year, expecting output to remain profitable and unemployment to remain low, if energy supply in Europe is not negatively affected.

Gold is still getting safe-haven support from the negative impact of the spread of Covid-19 around the world on the global economic recovery. China has been slowly breaking its Covid lockdown, but rising Covid cases could keep the country from fully reopening. 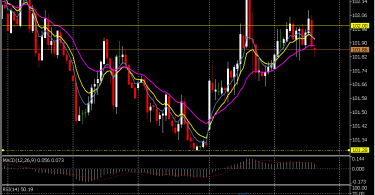