WTI oil futures are trading slightly above the 112.00 price level following a bearish pullback off a recorded twelve-week high, just shy of the 120.00 barrier in which the three-week rally stretched to. Despite the deep retreat in the price of the black liquid below even the March high of 116.62, the ascending simple moving averages (SMAs) are still endorsing the positive structure in the commodity.

The short-term oscillators are skewed to the downside championing the recent amplified selling in oil. The MACD, in the positive region, is implying that positive forces are waning, while the negatively charged RSI and stochastic oscillator are both indicating that selling forces are growing. Note that the MACD and the RSI are still in bullish regions as the price action maintains an upside structure.

Sustaining the current price trajectory, downside friction could persist from the 112.00 hurdle before sellers encounter a support zone from the mid-Bollinger band at 110.00 until the 108.59 nearby low. A break of this key obstacle could signify a return to slightly lower prices in the commodity with the 50-day SMA at 105.74 providing the next potential upside defence. In the event selling interest endures and drives the price past the May 19 trough of 103.24, the spotlight may then turn to the 100.00 price mark, where the 100-day SMA and the lower Bollinger band are currently located.

On the flipside, if buyers generate positive traction from the 112.00 region, which pilots the price of oil beyond the 114.00 border, they may then aim for the upper Bollinger band, which is residing between the 117.85 barrier and the 119.97 twelve-week peak. From here, successful bullish developments that conquer the 120.00 border could seek out the next potential resistance section linking the 125.00 level with the 126.80 obstacle.

Summarizing, WTI oil futures’ appreciating outlook has yet to crumble despite the noticeable withdrawal in the price from the 120.00 border. For the bullish bearing to endure, the price would need to dwell north of the mid-Bollinger band, basically the 108.59-110.00 support area. Yet, a price dive extending beneath the 108.59 low could begin to dissolve the recent positive structure, limiting near-term positive prospects. 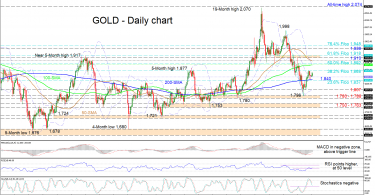 Anthony Charalambous joined XM in 2019 and specializes in preparing daily technical analysis, using his years of trading experience to provide detailed forecasting for all major asset classes such as forex, indices, commodities and equities. With over a decade of financial market exposure, Anthony previously worked in the treasury of an international bank. As he progressed through the ranks within the bank, his many roles have included treasury management, international payments and liquidity management, as well as dealing with a full range of forex products such as speculative trading with built in-house strategies that also involved prop clients.